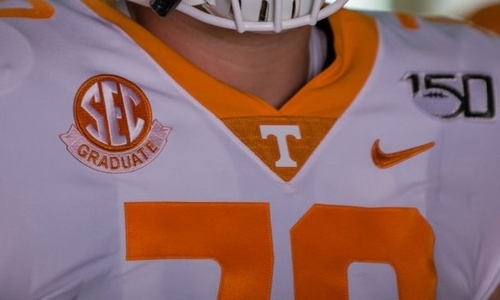 Athletes will now be able to wear patches for “commemorative and memorial purposes as well as to support social justice issues.”

The athletes can have messages on both the front and back of their uniforms. The front patch cannot exceed 2.25 square inches and must be displayed on the front or sleeve. Front patches must be identical for all players on any given team. A player can opt out of wearing the patches.

As for the messages on the back of uniforms, names or words can be individualized for each person. In other words, the athlete can put their own message on the back where their name is normally. The front and back messages have to be approved by the school and conference.

McConkey asked the NCAA if an athlete can put an individualized Christian message on the back where the athlete’s name normally is. The NCAA official was not sure, but said the school and conference had to approve the message.

Christian athletes should put messages on their uniforms that glorify Christ. The back of the uniform can be individualized by each athlete. This is an excellent time to stand up for Christ.

Challenges to the Christian messages will most likely follow as school and conference officials may object. If athletes have a problem, 4 WINDS USA will help athletes contact Alliance Defending Freedom to fight for their right to put their message on their uniform.

Founded in 1988, 4 WINDS USA stands up worldwide for Christian athletes and provides 4W NEWS (4WindsUSA.com). Starting in world-class track and field ministries in 1981, Steve and Liz McConkey have worked through nine Olympics. In 2013, McConkey started standing up worldwide for Christian athletes in all sports. He was a successful USA National Track and Field Club Coach (82-92) and has ran over 68,000 miles.