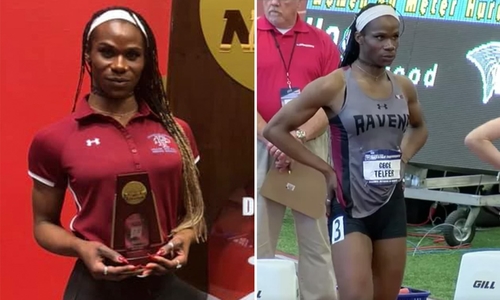 MADISON, Wisc., Oct. 19, 2020 /4 WINDS USA/ — The Department of Education has come to the conclusion that “gender identity” is not relevant to Title IX in sports.

President Nixon signed Title IX into law in 1972. It states, “No person in the United States shall, based on sex, be excluded from participation in, be denied the benefits of, or be subjected to discrimination under any education program or activity receiving Federal financial assistance.”

On September 18, Franklin Pierce University will have to stop their “Transgender Participation and Inclusion Policy,” which allows biological males to compete in sports as females.

In 2019, transgender CeCe Tefler from the university won the 400 meter hurdles at the NCAA Divison 2 Championships. Tefler’s time was a collegiate-best of 57.53.

From there, the transgender movement spread to state high schools, the NCAA, NFL, NBA, and MLB. Steve has fought this LGBT agenda every step of the way.

“We appreciate the Department of Education’s stand against transgender athletes,” states McConkey. “We are approaching the November 3 election. Recently, House Democrats passed the Equality Act that promotes transgenders and transgender athletes. Joe Biden recently said young kids can become transgenders if they decide to. We need to pray, stand, and vote.”

McConkey tried to sue the International Olympic Committee before the 2016 Olympics in Rio. He was concerned that intersex athletes (not transgender) would sweep the 800 meters. That is exactly what happened as they were allowed to have high testosterone levels.