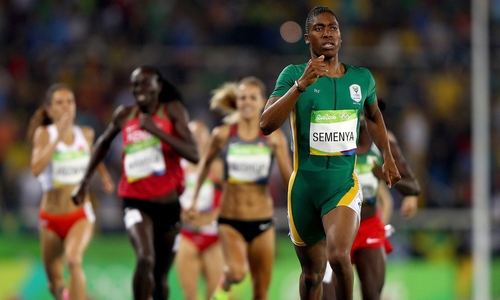 The 120 page Human Rights Watch report was based on interviews with 13 female athletes from African and Asian countries, plus doctors, lawyers, and professors. Included was 800 meters double-gold medalist Caster Semenya (South Africa) who lost a 2018 court case after testosterone levels were lowered for intersex athletes.

“Human Rights Watch wants to counter science and ruin women’s sports by allowing male athletes to compete as females,” states McConkey. “Women’s rights organizations are hiding as they know that men posing as women have definite advantages. Instead, they are following the unscientific agenda of the liberal left. The majority (70-75%) of Americans know what is going on and believe transgenders should not compete as women.”