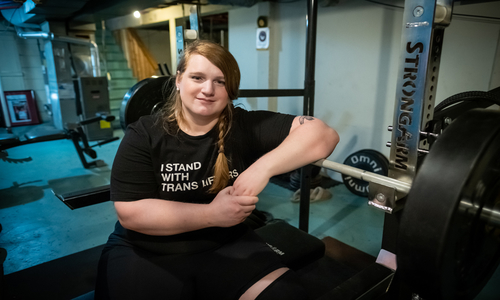 Transgender powerlifter JayCee Cooper is suing USA Powerlifting for being barred from competition. Cooper’s lawsuit was filed Tuesday in Minnesota state court by Gender Justice. They assert that banning Cooper and other trans athletes violates the Minnesota Human Rights Act.

Montana legislators are preparing House Bills 112 and 113 that would ban transgender athletes and prevent minors from receiving gender transition treatment.

“There is an assault on women’s athletics when transgenders are allowed to pose as women,” states McConkey. “Society is in trouble when people cannot see the difference between a male and female in athletics. Nearly 75% of Americans believe transgenders have an unfair adavantage over women. Our governing bodies need to stop the illegal dominance of transgender athletes.”

Recently, the British Journal of Sports Medicine published a study reporting that transgender athletes were still 12% stronger than women, even after two years of hormone treatment.