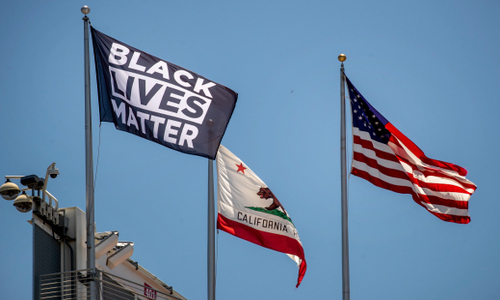 The San Francisco 49ers are showing their support for the Black Lives Matter movement by flying a flag featuring the BLM slogan at Levi’s Stadium in Santa Clara.

The flag is lined up next to the California state flag and the American flag.

Both players and executives from the organization have been vocal in their support of the fight against systemic racism and police brutality in recent weeks. 49ers CEO Jed York pledged a $1 million donation to groups working for social change, while wide receiver Kendrick Bourne spoke at a Black Lives Matter rally in the Bay Area. NBC