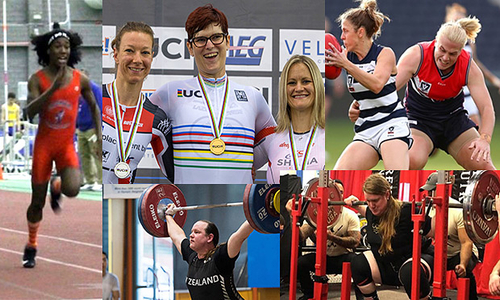 MADISON, Wisc., Dec. 8, 2020 /4 WINDS USA/ — On Monday, the Supreme Court upheld an Oregon policy that said public schools can allow transgenders to use all bathrooms and locker rooms.

They declined to hear the arguments of the parents who contested the policy based on their faith and their children’s right to privacy.

President Obama required public schools to let students use the bathrooms and locker rooms matching their gender identity, rather than the one on their birth certificate. President Trump reversed this policy in February 2018.

“Young people throughout the United States are being forced to accept the leftist agenda of transgenderism,” states McConkey. “The transgender movement is one of the indicators that we are in the last stages of a free society if we do not have a true Christian revival. We are approaching the coming of the Lord.”

This week, the British Journal of Sports Medicine published a study reporting that transgender athletes were still 12% stronger than women, even after two years of hormone treatment.