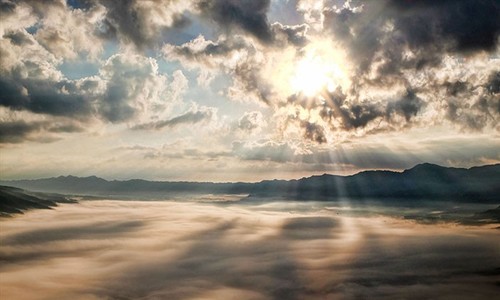 Within the last few months, we have seen a move in America toward government control as it fits into the gradual world totalitarian rule. Yet, it has been creeping up for some years. In a previous article I mentioned a book on Globalism that a man showed me when I was a young pastor. It did not seem that relevant at the time. But now I realize it was very pertinent as to what is happening now in America.

Yet, a verse of Scripture that springs to my mind is Hosea 4:6. God says, “My people are destroyed for a lack of knowledge.” Hosea addressed the northern kingdom of Israel (5:1). However, in verses 4-6 God’s accusation turns from the entire nation to the priest. Priests were Israel’s spiritual leaders and teachers. But they had rejected their responsibility to educate the nation with the knowledge of God as revealed through the law. As a result, God pronounced judgment on the priesthood and the entire nation.

But still, this same thing seems to be happening in America today. Many pulpits remain silent as to world events and how they tie into God’s future prophetic proclamations that are given in Scripture. Therefore, God’s people lack of knowledge as to what will take place as present and future events unfold.

Seriously as time goes by, believers will start to get concerned about Biblical predictions. As America turns more and more against Christians and Jews as it heads for a Socialistic, Marxist, and Fascist control, or a combination, hopefully believers and pastors will begin to take notice. But it may not happen as America heads for a downfall and destruction. Interestingly, there is nothing mentioned in Scripture about the United States. It is void as to any reference. What is God’s plan for it? Is it destructive?

However, we do know from Scripture that the world will experience a horrific devastation. After the Rapture and a world government is established, the Tribulation will begin with the revealing of the Antichrist and the seven-year covenant with Israel (Daniel 9:27). Yet, he will break it after three-and-one-half years. And as we read the beginning chapters of Revelation, the world will experience a time of devastation. There will be disease, death, delusion, astronomical disasters, a giant asteroid falling to the earth, the sun darkened, the oceans will become blood and the waters poisoned, millions of unsaved people will die because of these occurrences and much more.

Yet, millions, too, will put their faith and trust in Jesus Christ and will refuse the Mark of the Beast and to worship Satan and the Antichrist (Rev. 13:4). They will be of the martyred that is mentioned in Revelation 7:9-17. The Bible says that they were of “a great multitude which no one could number, of all nations, tribes, peoples, and tongues, standing before the Lamb [the Lord Jesus], clothed with white robes, with palm branches in their hands and crying out with a loud voice, saying, ‘Salvation belongs to our God who sits on the throne, and to the Lamb!’” (vs. 9-10).

Therefore, pastors need to teach their people prophetic truth along with the good news found in John 14:1-3. Also, the Good News of salvation found in Jesus Christ alone!