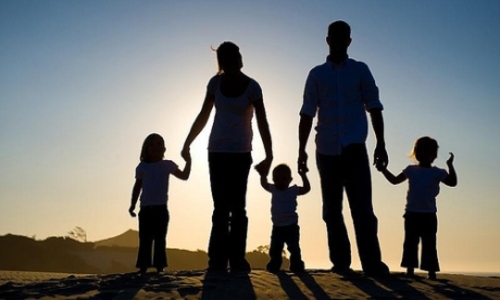 As we look at America and the recent violence in schools and public places, there are many different ideas that people have suggested. For instance: It has to do with guns. We need more gun control legislation. Others are suggesting the possibly of even taking away all guns which includes those from law abiding citizens. Or, we need to make sure guns do not get into the hands of the mentally ill. There are so many ideas that are invading talk shows and the news.

But, as we look back a few years, there was a time when guns could be brought to school during deer season. Rifles and shotguns would even be seen in the back window of pickup trucks and no one thought anything of it. It was simply a common thing, and it was all part of my growing up years in a rural community in Minnesota.

Nevertheless, those days are long gone. Something happened that changed the mentality of society whereby we are experiencing gun violence of all types. However, not only gun violence but individuals killing other people through cars and trucks driven into a crowd of innocent people. Even domestic abuse is on the rise. Therefore, the question should be asked: What has happened that has brought about this change?

It is really a spiritual one. Prior to the mid-twentieth century, Christianity was the dominant religious belief in America. In fact, America’s moral and social behavior was based on these beliefs. The entertainment world and programs strongly supported them. Everyone knew that certain things were right and others wrong. No one questioned it. Even biblical values were taught in the public schools. There were students that also bought their Bibles to school and had them on their desks. It was just a natural thing for them to do as they made known their beliefs to their classmates.

Tragically, the standard for moral values and behavior so prevalent in American society for centuries were gradually replaced by two godless worldviews: naturalism and postmodernism. Their powerful influence started to shape our modern society in their relentless attacks against Christianity and anything having to do with the Bible and Jesus. Young people became faced with them daily in the public school. For instance, there must be no mention of prayer or God. Any student or teacher discussing his or her relationship with Jesus Christ in the school setting was subject to discipline by school authorities. Evolution also prevailed in the classroom.

Tragically, the traditional family unit started to come under attack. As divorce increased, many children were raised in one parent families, especially with no father figure in the home. No longer would the biblical family of one man and one woman be tolerated as the norm. Therefore, any values that America was built on began to deteriorate. Even the fear and awe of God would not be instilled in the minds of young children.

No wonder we live in a violent society. We are merely reaping the results of a growing godless thinking. But, it is only “righteousness [that] exults a nation” (Prov. 14:34).