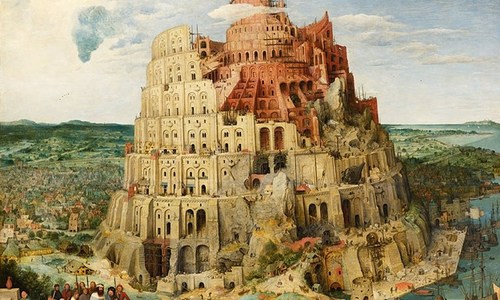 In the years before the 2016 election, very few Americans realized that the globalist agenda was increasingly dictating the rules and laws that would eventually lead to a global government. The world was fast moving to a place where globalists felt this could bring climate control, jobs for everyone along with equal pay and world peace. It would just be a matter of time before this New World Order was put in place.

Yet, something happened in the 2016 election that temporarily delayed this globalist agenda. God intervened through the prayers of His people and surprisingly a strong nationalist was elected as the President of the United States. God chose to put a roadblock in the path of the globalist schemes!

However, we know that this barrier is only for a time according to God’s Word. When it is removed, the Antichrist’s power base will begin to appear. This evil regime will become part of the New World Order. In fact, it will be the New World Order!

Now, lest someone becomes mistaken and upset regarding this article thinking it is pushing a political agenda for a particular party, it is not! The writer’s only intention is to see present world events in light of prophetic Scripture.

Thus, this world government is clearly described in Revelation 13 and its satanic ruler. This Antichrist will incorporate all the viciousness, strength, and ferocity of all the other empires that preceded him for none will have surpassed his evil. His will be unparalleled in human history. It will, also, be Satan’s greatest and last attempt to thwart God’s purposes for Christ’s return and His righteous reign.

Nevertheless, there will be nothing that can upset the Lord’s divine plan to come at His appointed time. He is God Almighty! Nothing or no one can stop Him! Everything will be played out as He has prophesied to be.

In the meantime, we are seeing the globalist hatred being played out against President Trump. Because he loves America and is a nationalist, and not a globalist to promote their agenda, he is a hated human being by certain segments of our society. In fact, we see this demonstrated before our eyes with politicians, liberal newspapers, on college campuses, with certain TV commentators, and even individual Americans who attack others physically who are not in agreement with them.

What is their main goal? It is to destroy his presidency. Instead of caring for the well-being of Americans and living with respect for others who disagree, their motivation is to destroy him through lies, distorting what he says, and other means. They will even seek to slander and degrade any qualified person he picks for the Supreme Court.

Nevertheless, when God removes His roadblock, the evil agenda described in Revelation 13 and Daniel 7-11 will begin to be played out as prophesied. But as believers focus on the Lord’s soon return, it will, also, be an anticipation time for them!