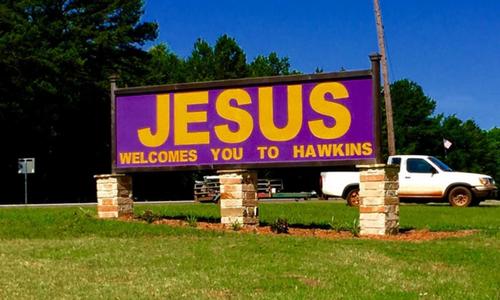 (KLTV) A roadside religious message that created controversy in one East Texas town, and gained national attention, is again on display.

In Hawkins, a new ‘Jesus’ sign has been erected along Highway 80 as you come into town traveling west.

This one is not on city property and is not in dispute.

It was 2015 that the original sign created controversy when the Freedom From Religion Foundation objected to it being on city property.

A legal battle ensued from supporters and the city as to who owned the property.