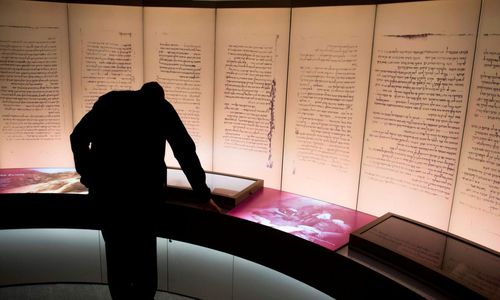 (HAARETZ) An in-depth investigation commissioned by the Museum of the Bible in Washington, D.C. has determined that all 16 Dead Sea Scroll fragments housed at the institution are forgeries.

Most of the 100,000 real Dead Sea Scroll fragments are displayed in Jerusalem at the Israel Museum’s Shrine of the Book. They were discovered in the Qumran caves in the West Bank in 1947 and are considered the most important historical discovery about the Hebrew Bible. “That pushed our knowledge of the biblical text back one thousand years from what was available at the time,” said Jeffrey Kloha, the Museum of the Bible’s chief curatorial officer. READ MORE