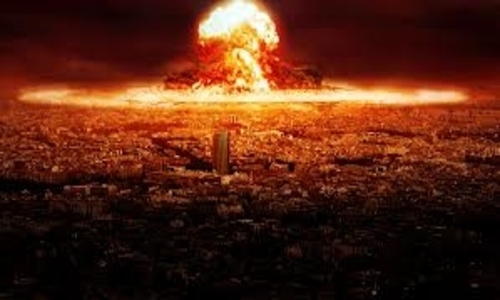 “If God does not judge America, He will have to apologize to Sodom and Gomorrah” is a statement that has been uttered by many for years. Decades ago when the United States practiced the Judeo Christian ethic, that assertion would have brought puzzlement into peoples’ minds. Yet, that is no longer the case. Whenever it is spoken by God fearing people, many of the same shake their heads in agreement.

When we look into Scripture, it is evident that God’s judgment is inevitable. Even history proves its validity. We see it with the nation of Israel. “And when the LORD your God delivers them [the nations] over to you, you shall conquer them and utterly destroy them. You shall make no covenant with them nor show mercy to them” (Deut. 7:2).

How do we handle this destruction? The point is that even though God is merciful and loving, He is also just. Even though the people of the enemy nations were part of God’s creation like Israel, yet God will not allow evil to go unconstrained. This was also true for the nation of Israel whereby He kept certain ones from entering the Promised Land because of disobedience (Numbers 14:26-38). Generations later the northern kingdom of Israel in 722 BC fell into Assyrian captivity and in 605 BC the southern kingdom fell into Babylonian. The northern kingdom had no Godly kings but the southern had some.

However, as God commanded Israel to destroy the nations (Deut. 7:2), it was not only a judgment but it was also for safety measures (9:4-6). The people of the land were being judged for their sin and the nation of Israel would be God’s instrument for that judgment. Similarly, the LORD God would also use other nations to judge a disobedient and sinful Israel (2 Chron. 36:14-17). Therefore, God’s design was to protect Israel from the idolatry and immorality of other nations. But their disobedience brought in judgment.

Hence, to think that the God of heaven is to nice to judge sin and rebellion is to underestimate Him. God’s judgment is always unavoidable but it comes according to His own timing. Even evil King Ahab could not escape His judgment (1 Ki.22:34-38).

As we get into the New Testament, we know God’s judgment is coming upon the unsaved. All of them, from the beginning of time, will stand before the Great White Throne Judgment and their sentence will be an eternal hell (Rev. 20:11-15).

Thus, where is American today? Many leaders/people condone everything immoral in rebellion against God’s holiness. Unborn babies have been sacrificed for being unwanted. Adultery and gross immorality are considered normal and even portrayed in the media as such! Same-sex marriage, sex change and lawlessness are prevalent.

Is America under judgment? How can it not be? Is the corona pandemic God’s warning to wake-up? You answer that! Is there any mention of the United States in Scripture? No! Why? Without national repentance, God’s judgment will come big time. It always happens! Thus for the true redeemed in Christ Jesus, it is a time when we begin to look up for our redemption may very well be near (Luke 21:28). Believe that?