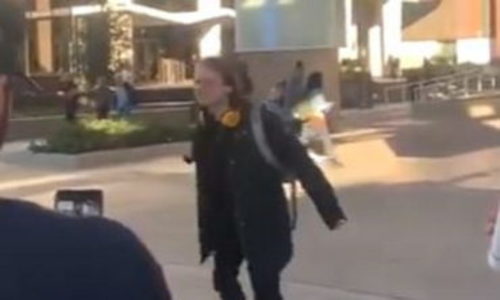 “We are aware of a video circulating on social media where an individual appears to be making threats,” the ASU police department tweeted Wednesday night. “We are working with the University to address the matter.”

An 18-second video tweeted by Students for Trump at ASU, which has racked up nearly 3 million views, showed a man who appeared to be on ASU’s Tempe campus, screaming, “Slash his throat. Every [expletive] Republican. Suck my [expletive] balls. Slash Republican throats. Slash fascist throats.”

“This is the type of violence our students face every single day,” Mr. Kirk tweeted. READ MORE