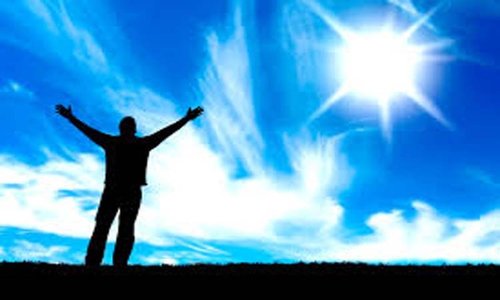 October 31, 2017, is the 500 year anniversary of the Protestant Reformation. On that day, October 31, 1517, Martin Luther nailed his 95 theses to the door of the Castle Church in Wittenberg, Germany.

Why did Martin Luther do that? He became concerned about the practices of the Roman Church of which he was a part. His 95 theses were a direct response to what he saw happening in the church as not honoring the God of the Bible. In fact, as Luther read the Bible, he became convinced that it was not by his works that he gained acceptance before God, but the work of Christ on the cross, His burial, and bodily resurrection, was the only work, yes, eternal work, that could provide him Christ’s forgiveness and eternal life through faith in Him.

Martin Luther’s action, along with others, such as Wycliffe, Erasmus, Zwingli, Tyndale, and Calvin brought about the Protestant Reformation. God raised up these men to cause people to return to what the Bible actually taught.

The emphasis of the Protestant Reformation was:

Sola Scripture – This meant that the Scriptures, the Old and New Testaments, were written by men of God, superintended by the Holy Spirit, leaving in tact their personalities and writing styles, while recording accurate history and doctrine that are totally authoritative and reliable for faith and practice, whether past, present, or future.

Sola Grace – A true experience with the biblical God was not based upon one’s own merit, which was polluted by one’s own selfishness and sin, but rather, God in His love for mankind demonstrated His great love and mercy by providing His unmerited favor, His grace in Jesus Christ, who won redemption for all.

Sola Faith – In order to have an eternal experience with the biblical God, the person must by faith believe that Jesus Christ died on the cross to pay his penalty for his sin, which is death, was buried, and rose again bodily on the third day to provide him His forgiveness and eternal life. This is efficacious grace for the believer in Jesus Christ.

Sola Scripture, Sola Grace, and Sola Faith still are essentials for biblical Christianity to be biblical and relevant for our lives today. To water down the inerrancy of the Bible, or to present a distorted view of grace, or to say that one’s works must be added to one’s faith in Jesus Christ, distorts what the Bible teaches.

That is why the believer needs to be alert to what may be happening in one’s church and biblical Christianity in general. For the creation account in Genesis may not be taken as historically accurate, grace may be mixed with law, faith made to be easy believism, and marriage not only between a man and a woman. Regardless, the Bible stands like a Rock undaunted amidst the shifts in man’s thinking inside Christ’s true church and outside His true church.

I trust that you know Jesus as your personal Savior (Romans 10:9-13), and that in the power of the indwelling Holy Spirit, you base your life on the unchanging and eternal Word of God, while the fruit of the Holy Spirit is evident in your life (Galatians 5:22-23).