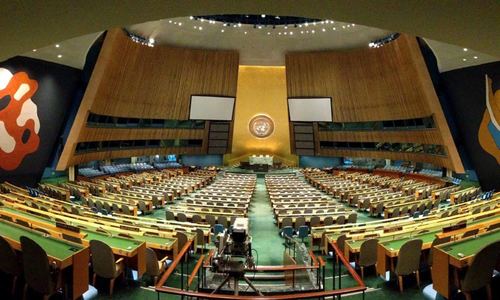 It is not too difficult to understand that believers, people spiritually born again, are living in a time of upheaval both in America and other parts of the world. Without a saving relationship with Jesus Christ and the Bible as one’s authority, the present crisis would seem overwhelming. For many who are unsaved and therefore do not have these divine sources of comfort to rely upon, the reality and effects can thus be crushing.

This truth has been experienced over the months that people suffered under the pandemic as people were banned for weeks to their homes. Schools and businesses were closed, air traffic grounded, frantic people stockpiled toilet paper, paper towels, and other items. Churches were closed and there were governors threatening to never have them opened. Hospital surgeries were put on hold. Many people died because of the China virus and others took their own lives. Thousands of cases of COVID-19 were predicted. It held the world in its grip!

But also, with the death of a black man by a white police officer came the devastation in certain American cities as violent mobs took to the streets burning and destroying buildings as they stole and even brutally assaulted shop owners. There were Police officers murdered. Violent mobs roamed the streets in downtown Seattle and Minneapolis, Atlanta, Portland, Pittsburgh, and Chicago. Even a portion of Seattle was ruled by a mob for weeks. As people watched the evening news, many were saddened, others became mad over the destruction, disgusted, and there were those who became fearful, especially in these particular cities! Most likely, some may have wondered why certain governors were not sending in the National Guard to squish the violence.

Yet, think of the moral decadence that is on display in America. Homosexuality is no longer considered unnatural. Same sex marriage is considered a human right. Millions of babies are slaughtered each year. Gender is no longer determined at birth. Men identifying as woman can be in women’s bathrooms and in women’s sports.

However, what is the cause for this moral depravity and the violence in the cities? It is not the murder of a black man by a white officer. The underlying root is that sin and the human heart are the problem! The prophet said, “The heart is deceitful and desperately wicked” (Jer. 17:9). By not acknowledging God: “being filled with all unrighteousness, sexual immorality, wickedness, covetousness, maliciousness, full of envy, murder, strife, deceit, evil-mindedness, they are whispers, back biters, haters of God, violent, proud, boasters, inventors of evil things, disobedient to parents, undiscerning, untrustworthy, unloving, unforgiving, unmerciful” (Rom. 1:29-30).

Therefore, the only solution is the regenerating work of the Holy Spirit in a person’s soul (Ezek. 36:26-27; John 3:3-8). Without this divine work, people will someday stand at the White Throne with their sins and be cast into an everlasting hell (Rev. 20:11-15).

The world is also headed toward globalism and a one world government. The pandemic has pushed it forward. What are believers to do? Keep our eyes on Jesus!