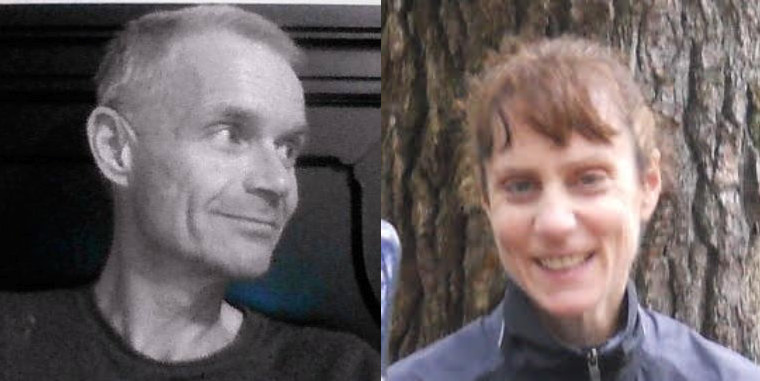 Kevin Beck is an author of running books (Run Strong) and a coach. The above picture is of Beck and girlfriend Lize Brittin. They co-authored Young Runners at the Top.

Kevin Beck continues to cyber stalk Steve McConkey, 4 WINDS USA President, and his wife. He has created a multitude of false accounts, a mocking Twitter account, and a harassing blog.

Beck has created sexual depictions of McConkey having sex with cartoon characters and graphic pictures of his wife that were photoshopped. Also, pictures of Jesus having homosexual sex with himself.

In the past, Beck has communicated with radio stations that McConkey appeared on. Through one of his numerous identities, Beck said McConkey was a racist. After talking to the radio stations, they figured out what was going on.

Beck is the editor of the book Run Strong. Beck and girlfriend Lize Brittin co-authored the book Runners at the Top. He is listed as Coach/Web Content Manager at Lowell Running.

After contacting the Boulder Police Department, McConkey acquired Beck’s criminal records (documented below) that included physically abusing a dog and co-author Lize Brittin, defying a restraining order, many warrants, a criminal trespass charge, and conviction of theft. He spent time in jail for the theft.

Beck’s address on some of the criminal reports were listed as homeless. He has been arrested for public intoxication numerous times. There are more cases throughout the USA (two are listed below).

Beck has been accused of stalking Kim Duclos, an athlete who qualified for the Olympic Trials in the marathon. She lives in Boulder, Colorado where Beck lives.

In April 2020, Beck made suggestions on twitter to bomb megachurches (see above). The FBI and Boulder Police Department were notified. 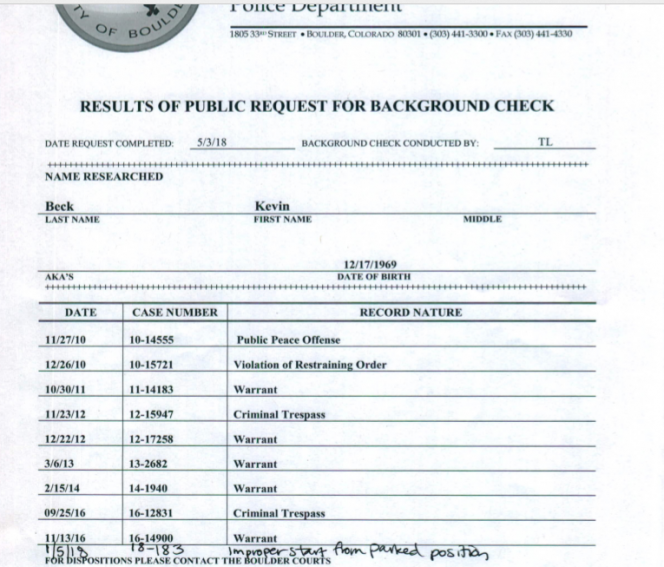 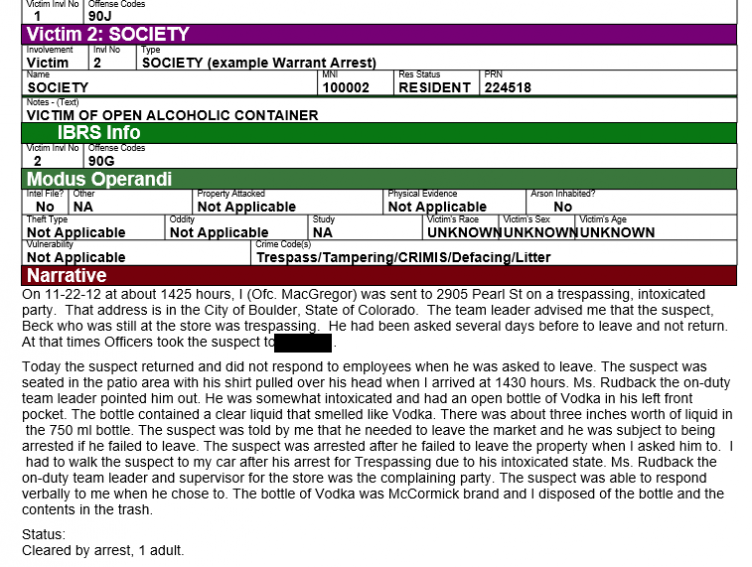 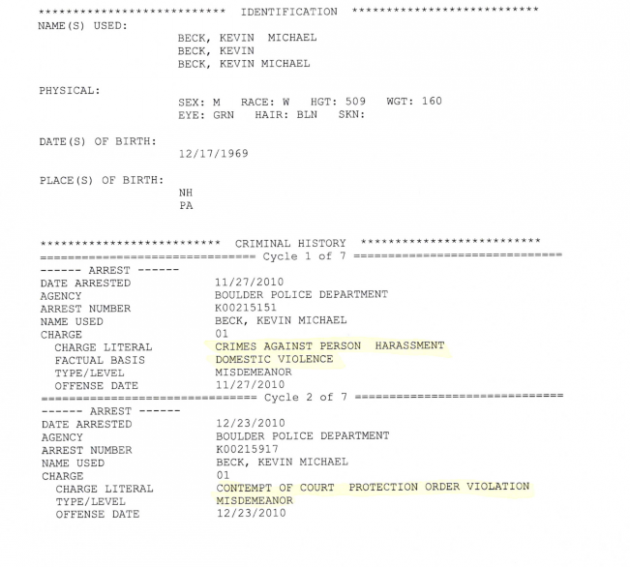 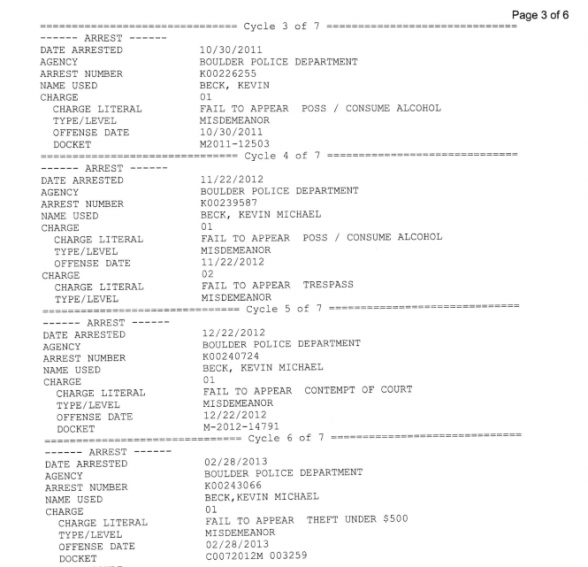 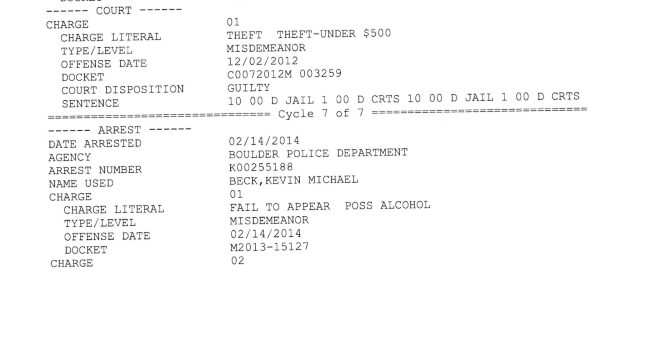 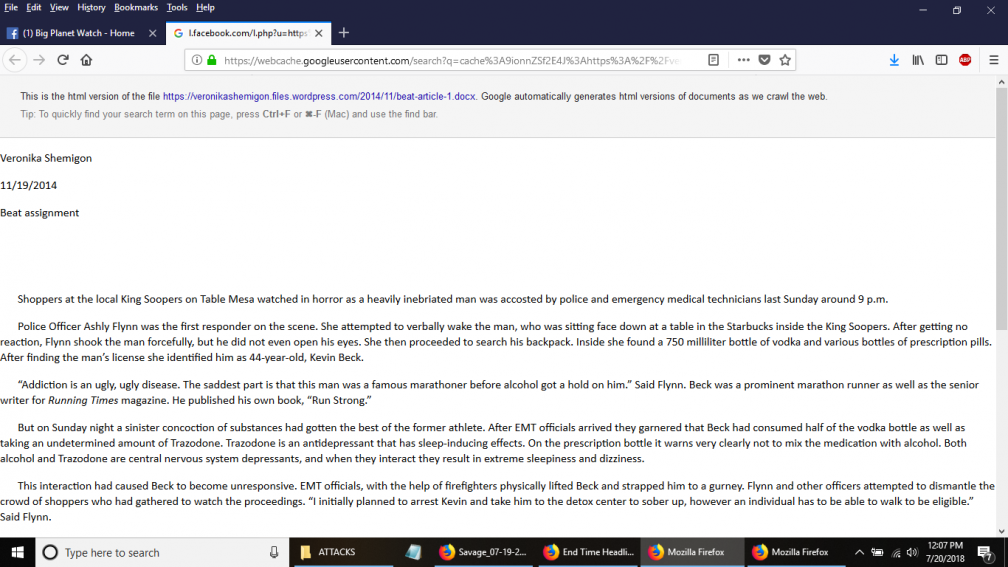 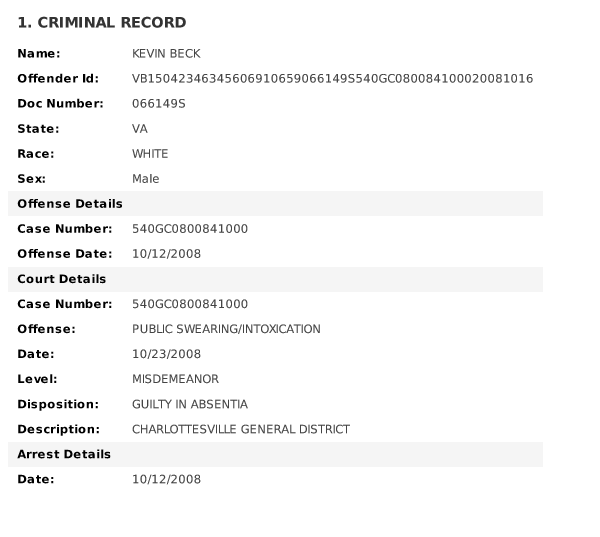 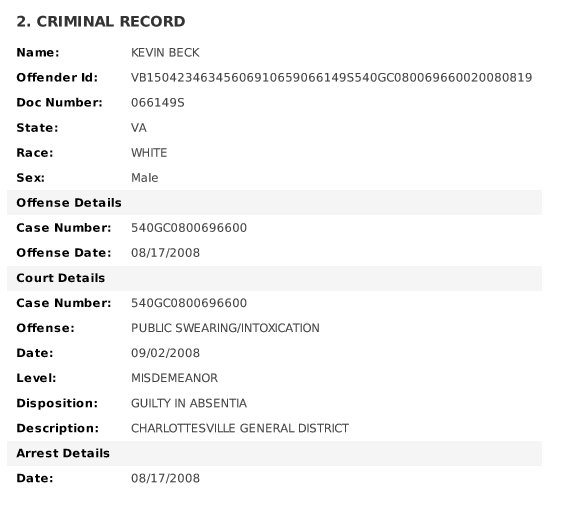 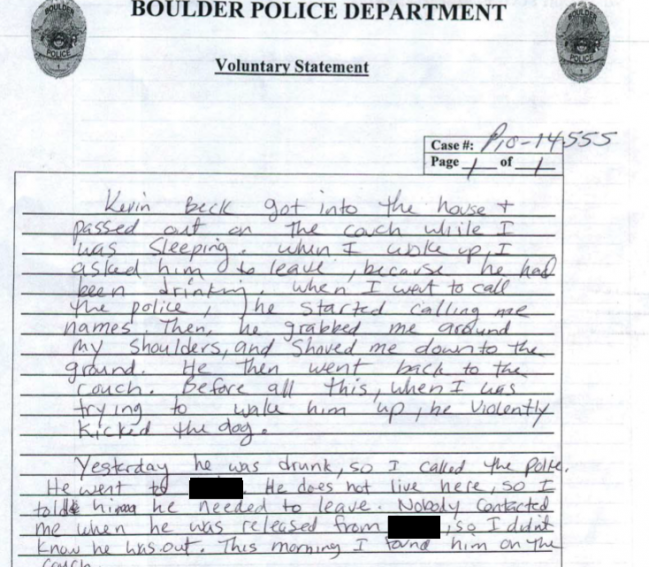 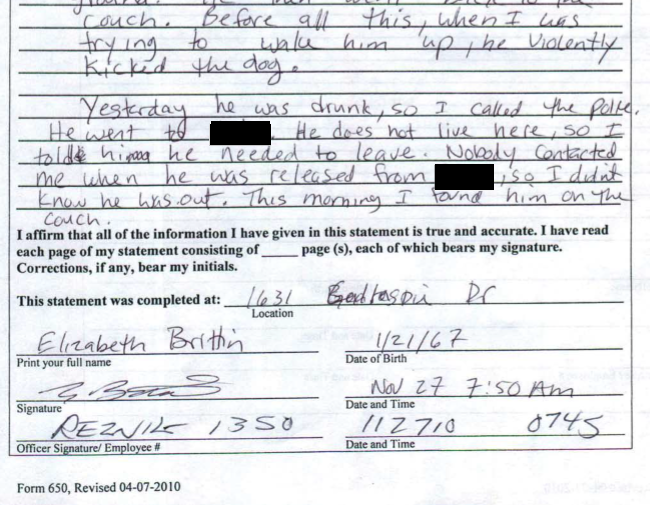 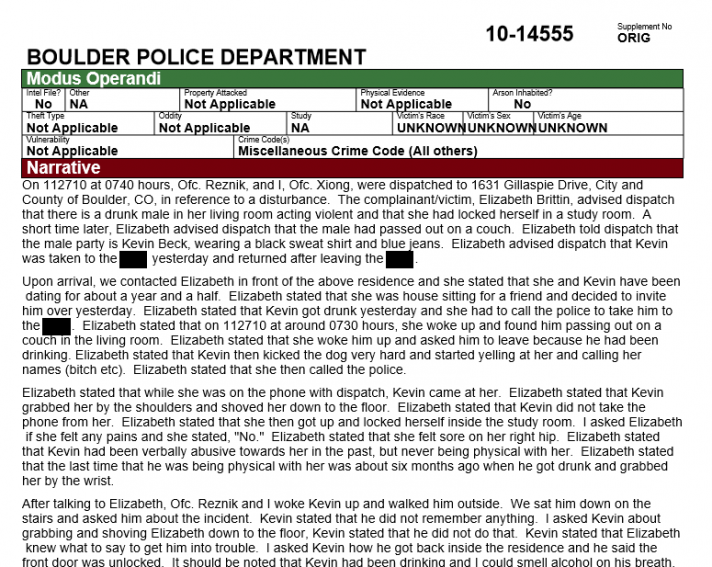