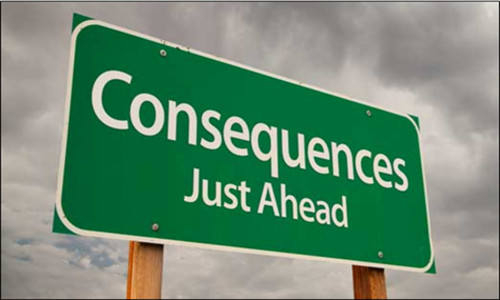 Many people in their sixties, seventies, eighties and beyond will say, “I am not living in the America I grew up in.” With all that is happening in this nation in politics, education, and society as a whole, that statement holds credence. Another remark that is stated over and over, especially among believers in Christ and the Bible, is that “God is abandoning America.” That, too, holds credibility.

Yet, as we go back many decades to 1911, President Woodrow Wilson on May 7, 1911 delivered his famous address “The Bible and Progress” in Denver, Colorado. He told his audience, “America was born a Christian nation. America was born to exemplify that devotion to the elements of righteousness which are derived from the revelations of Holy Scripture.” Even in June 1976 presidential candidate Jimmy Carter told reporters, “We have a responsibility to to try to shape government so that it does exemplify the will of God.” How close their governing leadership came to implementing such remarks is another discussion. However, their statements were widely accepted at the times.

But, we know what would happen if any president or political leader made such claims today. They would be derided by a hostile press and a liberal media and mocked by the academic elite. Articles would be written ridiculing them and character assassinations along with their beliefs would be held up in disdain. It would be so bad that any God-fearing conservative would respond in disgust!

Nevertheless, this is the America we are living in. Therefore, the question can be asked: What has happened?

The answer is that America has abandoned God. When individuals and a nation abandon or forsake God, the slide is always downward. The Bible says that they “suppress the truth in unrighteousness” (Romans 1:18c). “Unrighteousness” is so much a part of fallen human nature that every person has a natural and compelling desire to “suppress” and oppose God’s truth. People are naturally inclined to follow sin and oppose God. Without the saving grace of God through the Lord Jesus Christ, they cannot stop this downward slide because they are innately a slave to sin (Romans 6:16-20). And the more they yield to its bondage, the more they become enslaved to sin and the ultimate result is eternal death (Romans 6:16-23).

In the same way, a nation that forsakes God will itself become enslaved to its own debauchery. It presently is happening in America. The sins are in the open. This nation has been killing its unborn for decades. Sexual deviation of every kind is becoming the norm: same sex marriage, sex changes even in young children, trans-genders in girls’ sports and bathrooms, etc. Therefore, Individuals and nations finally reach a point where God gives them over to a godless mind, a “debased mind” [depraved] “to do those things that are not proper” (Rom. 1:28).

In spite of what is happening, the Lord calls His redeemed to stand firm for His truth and be His “ambassadors” (2 Cor. 5:20). The Gospel will always change lives!