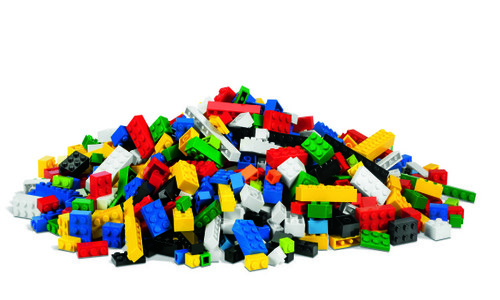 We live in an environment where truth is no longer truth. Such a situation is described by the term, deconstruction.

It’s the philosophical movement and theory of literary criticism that questions traditional assumptions about certainty, identity, and truth. It asserts that words can only refer to other words, and attempts to demonstrate how a statement about any text subverts its own meanings.

It’s like the umpire who says, “there are balls and there are strikes, and they ain’t nothing until I call ‘em.” The premise is to question all premises. The late Karl Popper – Austria-British philosopher and professor, questioned the very facts upon which science is based.

Deconstruction was on display recently, when it was discovered that there were wealthy parents who paid money so that their students would receive special treatment in order to gain acceptance into competitive American universities. Truth and integrity went out the window.

Even in politics, without taking sides, deconstruction is seen on display, as valid and verified information is presented, but it is not accepted as given, or on the other hand, information is given without any truthful facts to back it up.

Deconstruction is also seen in the world of faith. For example, the integrity and accuracy of the Bible is doubted or rejected. The text, in many instances, is not taken for what it says, like the first three chapters of Genesis. Sad to say, even some who say the Bible is the Word of God don’t accept what the text is saying in Genesis. Prophecy, as well, is late dated in the Bible to take away its prophetic nature, while various words of Christ are doubted.

Why has deconstruction invaded our thinking in our society today? The reason is that deconstruction is a spiritual matter. It has nothing to do with the physical/material world, although it’s expressed in that world. It has to do with what is happening in our spiritual makeup. That’s why Christ taught that there is something wrong with our spiritual makeup – it’s capable of committing all kinds of sinful thoughts and acts – one of those is deceit (Mark 7:20-23).

Deceit is deconstruction on parade. It’s taking what is truthful and making it say something that it does not. It’s lying. In fact, further investigation tells us that deconstruction, yes, deceit and lying, have their source in the evil one, the Devil, who Jesus called “the father of lies” (John 8:44). Then Jesus shocked the religious leaders by telling them that their actions were of the evil one.

Explained, this meant that when Adam and Eve sinned against God by yielding to the Devil’s deceit, or deconstruction, the very nature of the Devil came into the lives of Adam and Eve, and from them into the human race, so that each of us has a nature that is capable of committing all kinds of sins against God, and one of those is the sin of deconstruction.

The only solution to deconstruction is found in Jesus Christ, who through His death, burial, and bodily resurrection, won for us a new nature, His eternal life. Jesus put it this way about Himself, “You shall know the Truth, and the Truth will make you free.” The believer in Christ receives His new nature, and, by depending on His indwelling power, the believer can be a person of truth in one’s thoughts, attitudes, words, and actions, while having the discernment to distinguish between truth and deconstruction – saying “YES” to Truth and “NO” to deconstruction. Are you a believer in Jesus Christ, the God-man? (cf. Romans 10:9-13 in the Bible). If you are a believer in Jesus Christ, thank Him that you know Him, the Truth, and then let His Truth be evident in every area of your life.