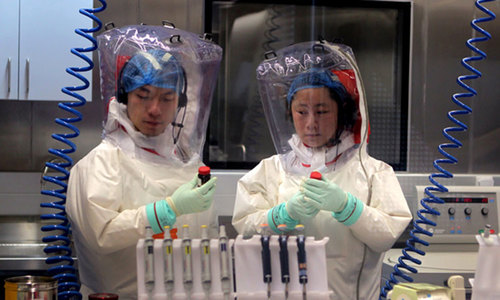 (MALTA WINDS) In an explosive interview Dr. Francis Boyle, who drafted the Biological Weapons Act has given a detailed statement admitting that the 2019 Wuhan Coronavirus is an offensive Biological Warfare Weapon and that the World Health Organization (WHO) already knows about it.

Francis Boyle is a professor of international law at the University of Illinois College of Law. He drafted the U.S. domestic implementing legislation for the Biological Weapons Convention, known as the Biological Weapons Anti-Terrorism Act of 1989, that was approved unanimously by both Houses of the U.S. Congress and signed into law by President George H.W. Bush.

In an exclusive interview given to Geopolitics and Empire, Dr. Boyle discusses the coronavirus outbreak in Wuhan, China and the Biosafety Level 4 laboratory (BSL-4) from which he believes the infectious disease escaped. He believes the virus is potentially lethal and an offensive biological warfare weapon or dual-use biowarfare weapons agent genetically modified with gain of function properties, which is why the Chinese government originally tried to cover it up and is now taking drastic measures to contain it. The Wuhan BSL-4 lab is also a specially designated World Health Organization (WHO) research lab and Dr. Boyle contends that the WHO knows full well what is occurring.

Dr. Boyle also touches upon GreatGameIndia‘s exclusive report Coronavirus Bioweapon – where it was reported in detail how Chinese Biowarfare agents working at the Canadian lab in Winnipeg were involved in the smuggling of Coronavirus to Wuhan’s lab from where it is believed to have been leaked.

Dr. Boyle’s position is in stark contrast to the mainstream media’s narrative of the virus being originated from the seafood market, which is increasingly being questioned by many experts.

In a video accompanying his post, Cotton explained that the Wuhan wet market (which Cotton incorrectly referred to as a seafood market) has been shown by experts to not be the source of the deadly contagion. READ MORE