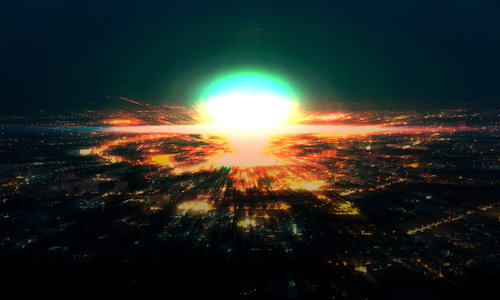 For over 2000 years people have questioned the events of the end times and wondered when the Lord Jesus will return. Terms such as Antichrist, tribulation, 666, mark of the beast, and the millennium have even appeared on supermarket tabloids. There is, therefore, an end-times intrigue regarding future eschatological events.

In the Old and New Testament numerous references are given to the kingdom of the Messiah, the Lord Jesus, and His long-anticipated earthly reign as the anointed King. When He taught His followers to pray, He uttered a very significant request: “Your kingdom come. Your will be done on earth as it is in heaven” (Matthew 6:10). What was He referring to? The Lord is speaking of the time of this future earthly reign when He will have the nations for His inheritance (Ps. 2:8).

It will be a glorious time when “the earth shall be full of the knowledge of the LORD as the waters cover the sea” (Isaiah 11:9). Even the animal kingdom will be affected because “the wolf…shall dwell with the lamb, the leopard shall lie down with the young goat…the cow and the bear shall graze; their young ones shall lie down together; and a little child shall lead them…the nursing child shall play by the cobra’s hole, and the weaned child shall put his hand in the viper’s den. They shall not hurt or destroy in all My holy mountain” (Isaiah 11:6-9).

Regarding this kingdom reign of Christ, there are three millennial views that have been at the forefront over the centuries: Premillennialism, Amillennialism, and Postmillennialism. All three have favorable qualities, but only one is truly Biblical.

Premillennialism was unquestionably the belief of the early believers. For them, the millennium is a future event with the Lord’s return before (pre) the millennium. Therefore, the Lord’s disciples, along with those they taught, anticipated the return of the Lord Jesus as King. Prior to the millennium, the righteous are raised from the dead. They will then enter into its blessings (Rev. 20:4).

Amillennialism is the belief that there is no literal 1000 year kingdom rule on this earth by Jesus after His Second Coming. Instead, the millennium is merely a symbol of the Lord’s present reign among His people. Those who hold to amillennialism allegorize and spiritualize the prophecies regarding the millennium. They, also, attribute to the church the yet unfulfilled prophecies to Israel.

Postmillennialism puts great emphasis on the preaching of the Gospel. Because of it, they contend that the Gospel will spread to the extent that nearly everyone in this world will turn to Jesus Christ. They believe that the world will continue to get better and better until the whole world is Christianized. Is this Biblical? No!

Therefore, what is the belief that is true to the Word of God? It is Premillennialism. Over and over it can be backed by Scripture. However, all of them share certain key points: Jesus is going to come again, and His redeemed are to be ready all the time.