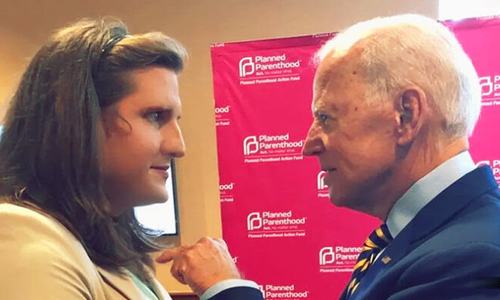 The Equality Act would amend the Civil Rights Act of 1964 and the Fair Housing Act. It would supposedly ban LGBTQ discrimination in the workforce, housing, education, credit, jury service, and other areas.

“Our nation was founded on the promise that all are created equal and are worthy of dignity and respect, regardless of who they are or whom they love,” House Speaker Nancy Pelosi (D-Calif.) said.

“This radical agenda will harm the United States forever and will be hard to reverse,” states McConkey. “We are seeing society collapse morally. Christians who follow God’s principles will be persecuted. Businesses, sports, churches, Christian universities and schools will suffer. Transgenders will be able to compete and use locker rooms with your children. Freedom of belief will be censored in a culture that is already cancelling Christians.”

Recently, the British Journal of Sports Medicine published a study reporting that transgender athletes were still 12% stronger than women, even after two years of hormone treatment and/or surgery.