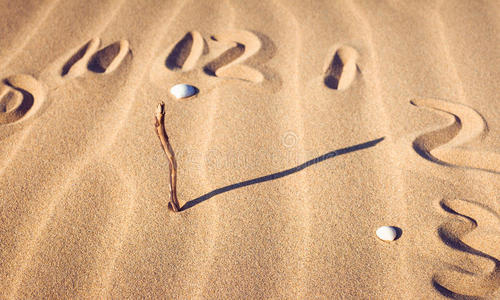 Time slips through our fingers like sands through the hourglass.

Indeed, we can do nothing to stop the passing of time. It bears all its sons away. We are born, grow to adulthood, live some years on planet earth, and we are gone. So the popular philosophy seems to be to eat, drink, and be merry, for tomorrow we die.

The question I ask is, “Is time all there is?” For many, the answer is “Yes.” For others the answer may be that we can’t know for sure. Then, there are others who would agree with me that there is more than time.

Why so? This is what Christmas is all about. Jesus Christ, while on earth, made this statement in John 8:58, “Before Abraham was born, I AM.” His words, I AM, mean that Christ was saying that He was self- existent – deity. The religious leaders of the day wouldn’t accept Jesus’ statement. They wanted to stone Him. Actually, Jesus was saying that He was the I AM of the Old Testament (Exodus 3:14).

Then, Christ went on to say that He and His Father were one (John 10:30) – meaning that He was of the same essence as His Heavenly Father. Again, the religious leaders wanted to stone Him, because they said He was making Himself out to be God.

When we come to the time of Christ’s crucifixion, the people of that day wanted Jesus crucified because He claimed to be the Son of God (John 19:7). That is, they understood that Jesus was of the same essence as God, the Father. So, by their law He ought to die for He was blaspheming God (Lev. 17:16). Pilate yielded to their chants for His crucifixion.

Christ was crucified, died, and was buried. Was that the end of Jesus Christ? Not according to the historical and dependable record of the eyewitnesses. Christ conquered the grave bodily.

His bodily resurrection demonstrated conclusively that He was the God-man. He was eternity in time. Now He could provide forgiveness of sin and eternal life for those who lived in time. That’s why Jesus said that whoever believes in Him would have eternal life – His resurrection life (John 3:16).

The believer in Christ, once living in a time bound existence, is now joined to Christ spiritually. While living in time, he is no longer bound by time, but is now linked to eternity, so that his life can be lived in time with eternal meaning and fulfillment, plus having the eternal hope of knowing that his destiny will be with Christ after his life on planet earth.

This is the true meaning of Christmas. The eternal Son of God took upon Himself humanity (time), so that through faith in Him, the believer in time can become a part of eternity now, living for Him in time with eternal meaning and purpose, with the guarantee of someday living forever with Him.

Don’t miss what Christmas is all about. Without the eternal Son of God coming into time, this life is all there is. Time has the last word. Time is the winner. Time is master. But praise God, time has been defeated through the death, burial, and bodily resurrection of Jesus Christ. The believer in Christ is linked with eternity, with Christ living in him spiritually (Col. 1:27), so that each day can be lived to the glory of God. I encourage you to put your faith in Christ if you haven’t done so.

Tozer put it this way. Jesus living in believers today will act like He did in Galilee and Judea, for wherever He walks, He acts like Himself. As Jesus was righteous, compassionate, friendly, kind, loving, prayerful, worshipful and sacrificial, He will be the same in the believer who depends on His power. Only Jesus living His live out through believers will individuals, families, and our society change to glorifying God.