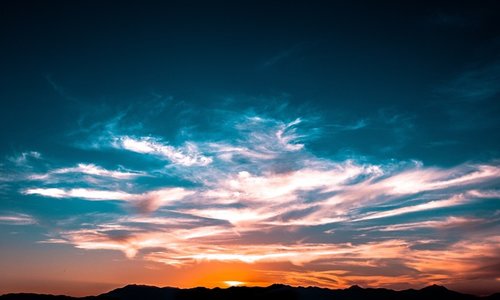 As the whole world continues its deep slide into willful sin and rebellion against God, many people fail to realize that everyone will face one of two judgments. This goes against the common belief regarding a general judgment for all humanity because the Scriptures never mention such a thing. In spite of individual judgments that are mentioned in the Bible, every person will face one of two major judgments.

Hence, at “the judgment seat of Christ,” all believers will give an account before the Lord Jesus to determine their rewards or lack of them (1 Cor. 3:11-15; 2 Cor. 5:9-10). Their salvation has been settled at the Cross through saving faith (Eph. 2:8-9). As a result, this judgment is not one of condemnation. The Bible says that “we [believers] must all appear before the judgment seat of Christ” (2 Cor.5:10)). The word “appear” means “to make clear, reveal, to manifest.” In other words, the full truth about our lives, character, deeds, ministries, motives, service for the Lord will be made plain to us.

God’s Word stresses “that each one may receive the things done in the body” (v. 10). This phrase “each one” emphasizes that this is not a collective judgment but an individual one. Every believer will answer to the Savior who has redeemed him or her. For that reason, “we make it our aim…to be well pleasing to Him” (v. 9).

The judgment for unbelievers, all unsaved since the beginning of time, is the judgment of the Great White Throne. It is described in Rev. 20:11-15. The Word of God declares: “And I saw the dead, small and great, standing before God…the sea gave up the dead who were in it, and Death and Hades delivered up the dead who were in them. And they were judged, each one according to his [and her] works” (vv. 12-13). All the unsaved dead are resurrected and stand before Christ to be judged. It is Jesus Himself who will be the Judge as stated specifically in John 5:27.

The Bible says that “they were judged, each one according to his [or her] works.” Before a holy God, peoples’ self-righteous works are “filthy rags” (Isaiah 64:6). None can save them. Without the righteousness of Christ (Rom. 3:21-27), no one can be saved. Therefore, they will stand condemned before the Great White Throne. There will be no grace. As a result, they will be “cast into the lake of fire” forever (Rev. 20:15).

With the increasing love for sin in peoples’ lives today and wickedness magnifying itself in great portions and defiance against anything holy and Godly, Jesus said it distinctly: “And this is the condemnation that the light (Himself) has come into the world, and men loved darkness rather than light, because their deeds were evil” (John 3:19). So, the question needs to be asked, “What judgment will you face?” Without Christ’s saving work in your life, the evidence is clear. However, you can change it before it’s too late!