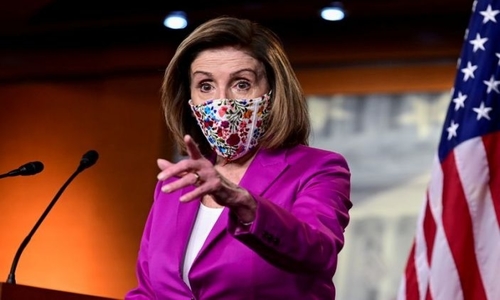 (NATIONAL PULSE) The Washington Post has reported that the outgoing Capitol Police Chief, Steve Sund, believes his efforts to secure the premises were undermined by a lack of concern from House and Senate security officials who answer directly to Speaker Nancy Pelosi and Senate leader Mitch McConnell. The National Pulse can also report the Washington Post’s timeline proves it was impossible for Trump speech attendees to have made it to the Capitol in time for the breach.

In addition to the fact that Trump openly called for the “cheering on” of Congressman, and “peaceful” protests, the timeline as established from numerous, establishment media reports simply doesn’t stack up.

Two days before Congress was set to formalize President-elect Joe Biden’s victory, Capitol Police Chief Steven Sund was growing increasingly worried about the size of the pro-Trump crowds expected to stream into Washington in protest.

To be on the safe side, Sund asked House and Senate security officials for permission to request that the D.C. National Guard be placed on standby in case he needed quick backup.

But, Sund said Sunday, they turned him down.

In his first interview since pro-Trump rioters stormed the U.S. Capitol last week, Sund, who has since resigned his post, said his supervisors were reluctant to take formal steps to put the Guard on call even as police intelligence suggested that the crowd President Trump had invited to Washington to protest his defeat probably would be much larger than earlier demonstrations.

House Sergeant at Arms Paul Irving said he wasn’t comfortable with the “optics” of formally declaring an emergency ahead of the demonstration, Sund said. Meanwhile, Senate Sergeant at Arms Michael Stenger suggested that Sund should informally seek out his Guard contacts, asking them to “lean forward” and be on alert in case Capitol Police needed their help.

Irving could not be reached for comment. A cellphone number listed in his name has not accepted messages since Wednesday. Messages left at a residence he owns in Nevada were not immediately returned, and there was no answer Sunday evening at a Watergate apartment listed in his name. A neighbor said he had recently moved out.