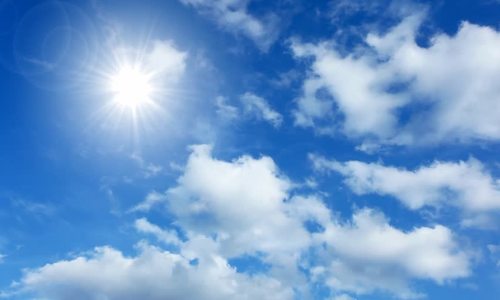 As time progresses and hatred for Israel increases, it is merely part of peoples’ ignorance regarding God’s future intervention on behalf of Israel. This detestation for her occurs in the halls of Congress, on college campuses, and tragically from the pulpits of many churches in America. Those who should know the Scriptures and God’s plan for Israel, still refuse to acknowledge what God has in store for her. They look at her through their own tinted theological glasses.

Yet, it is impossible to read Romans 9-11 or Zechariah 12-14 and others without understanding what the Lord’s divine plan is for this despised nation. Therefore, even the derogatory and anti-Semitic remarks made about Israel by some of the present members of Congress are spoken out of pure ignorance and prideful delusion.

For sincere students of the Word of God, who refuse to be deterred by any previous theological persuasion, they can distinctly see that Zechariah 12:2-9 describes what will take place when Jerusalem is besieged by the whole world but God intervenes for her.

It will be a battle in which all the enemies of God will gather against Jerusalem to wage war against her. The amazing thing about it is that the demons will have such power of deception that they will gather “the kings of the earth and of the whole world, to gather them to the battle of that great day of God Almighty” (Rev. 16:14). They will not just gather the eastern powers but all of the world’s rulers and armies. These deceived forces will converge on Israel to do battle with God Himself at Armageddon (v. 16).

Nevertheless, the war will end quickly. The Bible says that “These will make war with the Lamb, and the Lamb will overcome them, for He is Lord of lords and King of kings” (Rev. 17:14). Truthfully, it will not be a war but a great slaughter as it is graphically portrayed (Rev. 19:11-21). What is interesting is that “the armies of heaven, clothed in fine linen, white and clean, followed Him on white horses” (v. 14). These are glorified believers. The Tribulation believers (7:9), the Old Testament saints and all the angels (Matt. 25:31) will be part of this great crowd. The Lord Jesus alone will destroy His enemies. But, the glorified saints will come with Him to reign with Him in His Millennial kingdom (Rev. 20:1-6; 1 Cor. 6:2). The remnant of Israel will be in their covenant land.

Yet, as the Lord returns, He will come to reign but first in judgment. All of the unredeemed that survive Armageddon will not escape. They are the goats that will be judged and executed at the sheep and goat judgment (Matt. 25:31-46). There will be no mercy or grace extended to anyone. Then the final Judgment will take place, after the Millennium, at the Great White Throne for all unsaved since Adam (Rev. 20:11-15).

Nations and people can mock God today and believe they are in control. But, their punitive thinking and belief will end. The Lord Jesus Christ will have the final say!