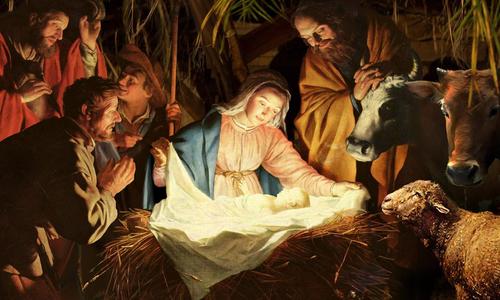 Visiting our grandchildren some time ago, the library in the town was offering a free evening to come and watch a magician. We decided to attend, and it was a most enjoyable evening as he entertained us with his magical skills. At the same time, we understood that he was just a magician performing his acts quicker than the eye could see.

Then, the expression is used that a particular event was a miracle. The birth of a baby may be said to be a miracle. Or the growth of a beautiful flower pushing its way up through the sod may be called a miracle. But are these miracles?

From this question, it seems best to ask, “What is a miracle?” A miracle is an event that occurs in the normal routine of life, which could not be brought about by the natural processes that exist. That’s why a miracle could not be performed by man, for he operates within the natural laws that already are woven into his world, which means that the magician’s magic mentioned above is just magic not a miracle.

For a miracle to occur in the world in which we live, the laws of nature must be interrupted so that an event can occur which normally would not take place. The One who can interrupt those laws is the Creator of those laws, the biblical God. The Bible describes for us the different miracles that God performed including creating the world and the miracles performed through various individuals, plus the miracles of Jesus Christ as He healed the sick, stilled the storm, and raised the dead.

But is there one miracle that stands out above all others? C.S. Lewis says that there is one, and he calls it the Grand Miracle. It’s the miracle of the eternal Son of God taking on sinless human flesh. Yes, the incarnation of Jesus Christ, which we celebrate at Christmas, is the Grand Miracle. Why so?

The miraculous conception of Christ in the womb of Mary by the Holy Spirit began Christ’s life on earth, so that through His birth He would eventually win for us His eternal redemption, which we desperately need in our sinful state. Christ accomplished that redemption by dying in our place on the cross to pay the penalty for our breaking God’s law which is death, was buried, and rose again bodily the third day, which resurrection is an incredible miracle in itself, proving, without a shadow of a doubt, that the Lord Jesus Christ is truly God’s Son and the Savior of the world.

Certainly, the Grand Miracle was a phenomenal happening in time, to say the least. Admittedly, our human minds are not able to completely understand how such an event could occur. Theologians, though, have called the incarnation of Christ, the hypostatic union, the uniting of deity and humanity – two natures – in one Person. This means that the single Person of the incarnate Christ retained the total complex of the attributes of deity while possessing all the complex of human attributes essential to a perfect human being.

It has been pointed out that, in the uniting of deity and humanity, there is no mixture of the natures or the dividing of the Person. Christ does whatever He does revealing whatever attribute of whichever attribute He reveals. Christ knew all things, yet He became tired and thirsted. And Jesus died on the cross. Deity doesn’t thirst or die, but Jesus Christ, the God-Man, did both. Then He rose bodily from the grave and ascended into heaven, where He lives today with His heavenly Father.

I realize that in the public arena today the Grand Miracle is a myth. But when people rely on their limited reason, they live in their life box thinking their so-called “magic” is where it’s at, when sadly it’s a dead end street. In so doing, they miss out on the incarnation of Jesus Christ — the ONE who provides His forgiveness, freedom, eternal life, and hope to anyone who will place faith in Him to be his or her Savior (cf. Romans 10:9-13). If Christ is your personal Savior, celebrate the Grand Miracle on Christmas with exceeding great joy!!!