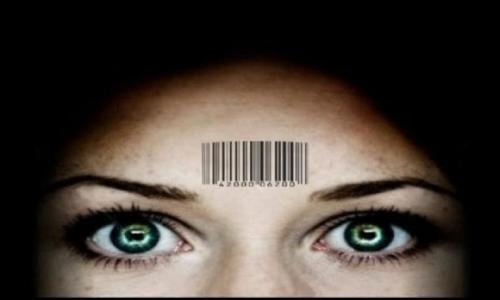 There has been a lot of emphasis lately on chips and marks on the body for a number of reasons. In fact, present technology has made it possible for a simple electronic chip to be placed under the skin.

Therefore, an identifying mark containing information about a person is not out of the question. It would make certain areas readily accessible whether it would be for medical or economic purposes and even governmental control. With one swipe of the hand the records needed would be instantly available. The chip may even be electronically connected to a control center that keeps the whereabouts of each person known and under scrutiny and their personal data collected and revealed with a mere push of a button. There would be nothing private with the system.

Nevertheless, a mark is coming in the future that will be required for every person. No one will be exempt. The Bible says, “And he [the false prophet] causes all both small and great, rich and poor, free and slave, to receive a mark on their right hand or on their foreheads” (Rev. 13:16). As part of his plan, the Bible says that he will require “all” categories of unbelievers to take it. The mark will signify that a person is a loyal follower and worshiper of the Antichrist. Those who refuse his mark will be subject to execution because no one will have a justifiable excuse to refuse it.

Besides, the mark will be an economic necessity. Scripture says that “no one may buy or sell except one who has the mark or the name of the beast [the Antichrist], or the number of his name” (v. 17). Therefore, daily life is going to be virtually unlivable because people are going to be forced to bow before this demonized world ruler. Anyone who refuses to do it will suffer the severe consequences. The mark will identify survival and a way for the Antichrist to maintain strict economic control over the world.

Yet, “a great multitude which no one could number, of all nations, tribes peoples, and tongues” will be “standing before the throne and before the Lamb” in heaven (Rev. 7:9). Who are they? The Bible says that “these are the ones who come out of the great tribulation, and washed their robes and made them white in the blood of the Lamb” (v. 14). They have refused the “mark” because they have become a follower of the Lamb, the Lord Jesus Christ, and have given their lives for Him.

So, what is the mark? The Bible challenges us: “Here is wisdom. Let him who has understanding calculate the number of the beast, for it is the number of a man: His number is 666” (Rev. 13:18). Scripture says that this number will be the mark proposed for the right hand or forehead. But God’s Word says that 666 “is the number of a man.” God’s number is 7 which is the number of perfection. And a popular theory is that 777 is a number that reflects the perfect trinity. Therefore, 666 may point to a person who aspires to deity but is never able to attain it, just like Satan in his original fall (Isa.14:14).

However, there is no detail that has intrigued people more in Revelation than the number. Even so, its meaning will only be known when the Antichrist is revealed!