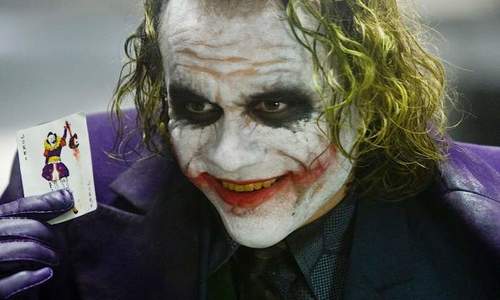 (DAILY BEAST) For weeks, Joaquin Phoenix has been a favorite to take home Best Actor at the 2020 Oscars—and sure enough, he collected the statuette at the Dolby Theatre on Sunday night. But leading up to Phoenix’s big victory—his first win in the category—many rightfully wondered what Phoenix might say. At the Golden Globes in January, after all, Phoenix created a viral moment when he called out his fellow actors for taking private jets—and that was just one of many impassioned moments on his Oscar campaign trail. Sure enough, the Joker actor delivered the speech of a lifetime on Sunday night—a meandering address that managed to touch on human selfishness, artificial bovine insemination, and the actor’s late brother, River Phoenix.

“I think the greatest gift that [acting] has given me and many of us in this room is the opportunity to use our voice for the voiceless,” Phoenix said as he collected his trophy. “I’ve been thinking a lot about some of these distressing issues that we are facing collectively, and I think sometimes we feel or are made to feel that we champion different causes. But for me I see commonality.”

Phoenix added that he believes we’ve become “more disconnected from the natural world,” and that humanity has become egocentric about our place in the universe. Then things got a little strange: “We go into the natural world and plunder it of its resources,” Phoenix said. “We feel entitled to artificially inseminate a cow and then steal her baby, even though her cries of anguish are unmistakable.”

Still, Phoenix said, humanity can be “so inventive and creative and genius, and I think when we use love and compassion as our guiding principles we can develop and implement systems of change that are beneficial to all sentient beings, and to the environment.”

“Now, I’ve been a scoundrel in my life,” Phoenix added. “I’ve been selfish, I’ve been cruel at times, hard to work with, and I’m grateful, but so many of you have given me a second chance—and I think that’s when we’re at our best. When we support each other not when we cancel each other out over past mistakes, but when we guide each other to grow, for redemption. That is the best of humanity.”

And before he left the stage, Phoenix closed things out by quoting a lyric his late brother, River Phoenix, once wrote: “Run to the rescue with love, and peace will follow.” READ MORE