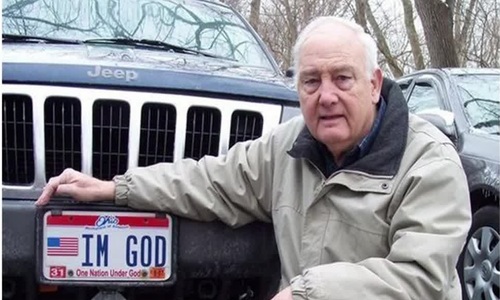 (TRISTATE) A federal judge has ordered the state of Kentucky to pay more than $150,000 to the groups representing a freethinker denied a license plate saying “IM GOD.”

The court ruled on 02/10/20 that the state has to pay for work performed by Freedom From Religion Foundation and ACLU-Kentucky attorneys for the time spent pursuing the case.

The court had cleared the way last November to obtain a personalized license plate reading “IM GOD,” finding that the Transportation Cabinet’s denial of that plate violated the First Amendment.

In November 2016, Ben Hart filed a lawsuit after Kentucky Division of Motor Vehicle officials called his “IM GOD” license plate message “obscene or vulgar.” Later, the state said the plate was rejected because it was “not in good taste.”