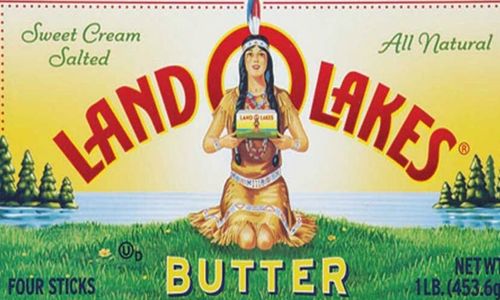 The farmer-owned dairy cooperative, which produces butter, cheese and other milk products, has dropped the Native American maiden image from its packaging, opting instead for just a landscape.

The logo, which has been the company’s label for nearly 100 years since it was founded in Minnesota in 1921, has been called “racist” and criticized for its use of the “butter maiden.”

The new label was announced in a press release from Land O’ Lakes in February, though it made no specific mention of removing the Native American image from all products.

The press release shared “the new packaging will show up in a variety of ways, including through a new front-of-package design that features the phrase ‘Farmer-Owned’ above the LAND O LAKES brandmark,” as well as include pictures of farmers and co-op members on the label. READ MORE