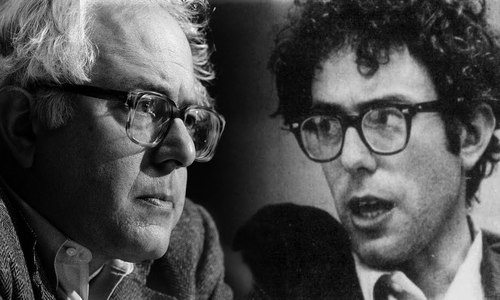 (ASSOCIATED PRESS) Bernie Sanders is approaching next week’s Iowa caucuses in a position to become the first major-party Jewish presidential nominee in the nation’s history. And at a time of resurgent anti-Semitism, he’s talking in more depth about how his faith shapes his broader worldview.

Soon after the one-year anniversary of the massacre at Pittsburgh’s Tree of Life synagogue, Sanders penned a column on combating anti-Semitism that outlined how his family’s history underpins his commitment to fight bigotry. After five New York Jews were stabbed while celebrating Hanukkah last month, Sanders used an Iowa menorah-lighting stop to connect his immigrant father’s journey to America, “fleeing anti-Semitism and fleeing violence,” to ideals he described as imperiled by attacks on Jews — and other minority groups.

Sanders has described his pride in being Jewish since his first Democratic presidential run in 2016. But he’s known more for detaching from organized religion than embracing faith, and his model of Jewish American candidacy — aligning with “the tradition of Jewish social justice” while criticizing Israeli government policy toward Palestinians — breaks the mold cast by observant Jew Joseph Lieberman, the Democrats’ vice-presidential nominee 20 years ago.

Sanders’ increased engagement with his Jewishness comes as a Democratic super PAC unveils a six-figure ad campaign in Iowa challenging his candidacy and raising questions about his health. (SEE MORE)