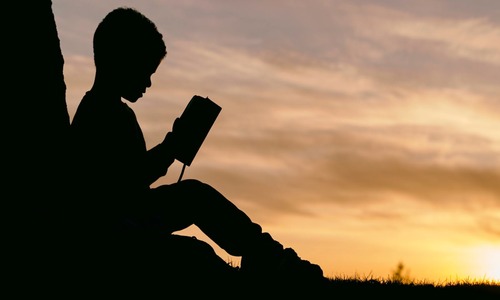 Recently a new law expanding abortion rights was passed in New York. In Virginia a similar bill has been proposed as well.

Such news should cause each of us to be aroused to righteous indignation as we hear how far politicians will go to make decisions about life that is created in the image of God. Even though the Supreme Court made abortion legal in 1973 that in no way makes killing babies right at any stage of development. Oh, they are fetuses according to the pro-abortion agenda. However, such is not true for it takes away the God-given value of the baby in the womb. If the baby is just a fetus, why are the baby parts harvested for various purposes? How such a term must cause the biblical God’s heart to be grieved.

For when the biblical God’s word is considered in Psalm 139:13-16, it becomes quickly apparent that the baby is a precious individual in the life of the mother’s womb. . Note the text. “For You formed my inward parts; You wove me in my mother’s womb. I will give thanks to You, for I am fearfully and wonderfully made. Wonderful are Your works, and my soul knows it very well. My frame was not hidden from You, when I was made in secret, and skillfully wrought in the depths of the earth. Your eyes have seen my unformed substance. . . .”

Notice, first of all, the personal pronouns David used to describe himself in his mother’s womb – “my,” “me,” and “I.” David considered himself a person before he was born.

Notice secondly the words, “skillfully wrought.” These words tell us that David’s physical body was embroidered like the working of various colors together on a cloth with a needle. David is portraying the developing unborn child with its delicate fibers coming together during the nine months of pregnancy. The growth of the child in the womb is like a beautiful rug being woven piece by piece. If such a rug is valued by its maker, how much more is the unborn baby priceless to the biblical God, his Creator.

Thirdly, the question is answered as to “When does life begin?” Notice the words, “My unformed substance.” The word, “unformed” conveys the idea of being rolled up or folded up like a blanket or mantle. It has the idea of being “undeveloped.” Evidently, David was referring to his tiniest embryonic form at the time of his conception when all the members of his body were folded up, or undeveloped, before they began to take on their form and proportions – where in the coming together of the female egg (ovum) and male sperm life begins.

In the next nine months, the baby’s circulatory system develops, a bony structure begins to form, by the fifth and sixth month the mother can feel the baby move, and by the end of the sixth month the baby is 10-14 inches long; in months seven – nine, the baby is using four of the five senses (vision, hearing, taste, and touch), while the heart is pumping 25 quarts of blood a day; and the prenatal maturing process continues until complete before birth. Obviously, this is the biblical God’s handiwork!

Is life priceless? Do I need to ask? Life is priceless from conception to birth, yes, from birth to death, regardless of age or one’s physical condition. To promote abortion in any stage of development of the baby is to flaunt one’s denial of the biblical God’s stamp on each person – made in His image. To shed innocent blood is an abomination to Him and His judgment is inevitable. Still, in the midst of our death culture, the biblical God shows His love for everyone by providing His eternal life and forgiveness of sin through the death, burial, and bodily resurrection of Jesus Christ (Romans 10:9-13). For the believer in Christ, that person recognizes the value of life and knows personally the biblical God as Creator and Redeemer, living for Him. Even those who have had abortions can experience God’s forgiveness and grace by coming to Him through faith in Christ. God’s grace is greater than any of our sin. He deserves our praise!!