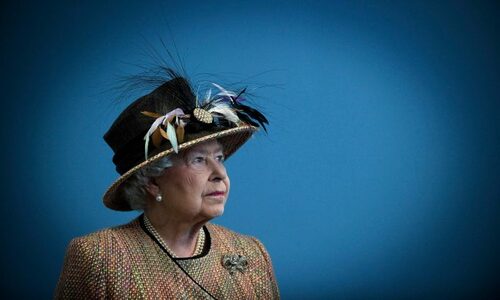 Queen Elizabeth II left an incredible legacy of exemplary faithful service as she was Britain’s longest serving monarch. She will be remembered and honored for the many facets of her sterling character, wisdom given, and many accomplishments.

The question I ask is, “Did the Queen have an eternal anchor for her life?”

Calvin Robinson, an Anglican deacon at Christ Church in London, interviewed by Tucker Carlson on Fox News commented, “She was a thorough Christian. The queen wrote her own speeches every Christmas and she always managed to get in there that the person who inspired her was Jesus Christ. And that, I think, is why she led a life of service and duty and obligation — a servant-leader, if you will. She put Him at the heart of everything. And I think that’s important for someone who’s a global leader because they have to be accountable to someone. And for the queen that was Christ.”

Here’s an example to illustrate the Queen’s faith in Christ in her address to Britain and the world on Christmas Day in 2016, ““Billions of people now follow Christ’s teaching and find in Him the guiding light for their lives. I am one of them because Christ’s example helps me see the value of doing small things with great love, whoever does them and whatever they themselves believe.”

Then, in what turned out to be her final Christmas message, viewed globally on Dec. 25, the queen said Christ’s teachings “have been the bedrock of my faith.”

Robinson concluded. She served us — her people, her subjects — and she served Christ, her God, all of her life to the very last day.”

Such was answered for the Queen in the prayer she made in her first Christmas radio broadcast in 1925 at the age of 25, just 10 months after her father, King George VI, had died, “Pray for me that God may give me wisdom and strength to carry out the solemn promises I shall be making. And that I may be faithfully serving Him and you all the days of my life.” And that she did!!

No doubt that Queen Elizabeth II had the eternal anchor for her life – the Lord Jesus Christ. She had her faith in Him, and she looked to Him and His teachings for her guidance and wisdom in her personal life, in her family, in her service to Great Britain and the entire Commonwealth, and to the world. Today she is with Him in His presence for all eternity with other believers who have gone on before.

How about us? Who is the eternal anchor for your life and mine? Today there are all kinds of men’s ideas, religions and philosophies. Only one, the Lord Jesus Christ, the God-man, has died on the cross to pay the penalty for our sin, which is death, was buried, and conquered the grave bodily. It’s called the gospel, and the only solution in the world that has the power to supernaturally change your life and mine for time and eternity through faith in Christ.

One can deny this reality, ignore this reality, even scoff at this reality – saying it’s absurdity. Easy to do, but it doesn’t change the gospel and its power to offer forgiveness, eternal life, with lasting meaning for living today with the hope of being in eternity with Christ after this life on planet earth.

Long live the Queen! She lived for Christ in time, and now she is living with Him for eternity!