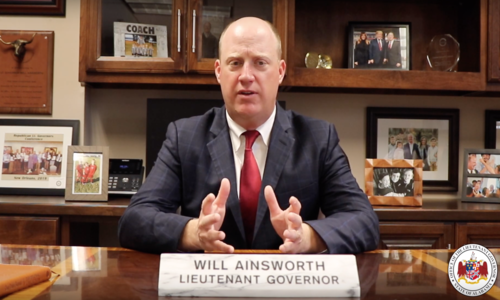 (AL) The Freedom From Religion Foundation, which promotes the constitutional principal of the separation of church and state, wrote a letter today asking Lt. Gov. Will Ainsworth to stop using his state office to promote Christianity.

The letter came in response to Ainsworth’s announcement today asking Alabamians to participate in a “Ring for the Resurrection” campaign to recognize Easter. The lieutenant governor asked people to join him and his family in ringing a bell at noon on Sunday.

Ainsworth announced the campaign in a press release from his office email on state letterhead.

“We are writing on behalf of the Freedom From Religion Foundation and our Alabama membership to object to the egregious misuse of your office to promote Christianity,” the letter from the Wisconsin-based nonprofit organization says.

In announcing the campaign, Ainsworth said his intent was to unite Alabamians in spirit at a time when church services and other traditional ways to commemorate Easter are unsafe because of the coronavirus pandemic. READ MORE