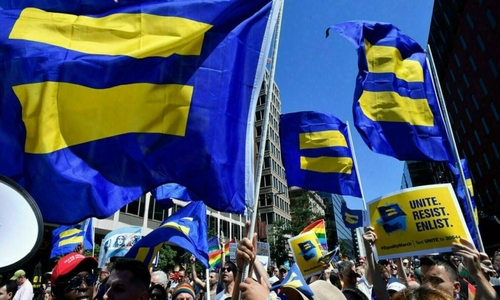 The nation’s largest LGBT advocacy group is urging the future Biden administration to help pull the accreditation of Christian colleges and schools if they don’t have a policy prohibiting discrimination based on sexual orientation and gender identity.

The Human Rights Campaign posted its goals for the Biden administration in a Nov. 11 document, Blueprint for Positive Change. The 22-page brief includes dozens of objectives for the Biden White House, but its targeting of Christian institutions would have a major impact on religious schools.

Under a current law known as the Higher Education Opportunity Act, accrediting agencies are told to ensure their standards “respect the stated mission of the institution of higher education,” including a school’s “religious” mission.

HRC, in its blueprint, says the language “could be interpreted to require accrediting bodies to accredit religious institutions that discriminate or that do not meet science-based curricula standards.”

The Department of Education, HRC says in its blueprint, “should issue a regulation clarifying that this provision … does not require the accreditation of religious institutions that do not meet neutral accreditation standards including nondiscrimination policies and scientific curriculum requirements.” READ MORE AT CHRISTIAN HEADLINES