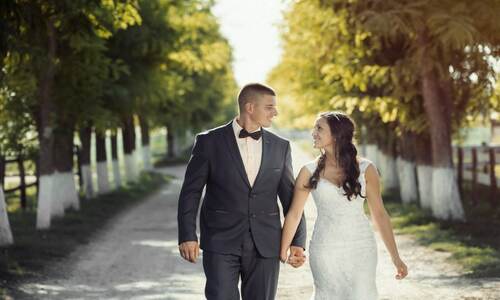 This was the title of an article I read recently by Tony Perkins, President of the Family Research Council. Here is some information from that article.

The Defense of Marriage Act passed both houses of Congress with wide bipartisan support and was signed into law by President Clinton in 1996. I understand that Democratic supporters of DOMA included none other than now President Joe Biden, Sen. Dick Durbin, Sen. Chuck Schumer, and Rep. Steny Hoyer.

Since the overturning of Roe v. Wade last month, Democrats recognize they can no longer rely on the Supreme Court to create special privileges, causing them to embark on an aggressive legislative push to codify their radical agenda into federal law. In his concurring opinion of Dobbs, Justice Clarence Thomas argued that other cases like Obergefell and Lawrence were on shaky legal ground without a constitutional foundation.

Now the House of Representatives has passed the Respect of Marriage Act with 47 Republicans voting for the bill. This bill would prevent any state from protecting the natural family in law, in the event the Supreme Court overturns Obergefell v. Hodges, the 2015 opinion that created a constitutional “right” to same-sex marriage.

In the section regarding federal marriage recognition, the bill says that “an individual shall be considered married if that individual’s marriage is valid in the state where the marriage was entered into.” It doesn’t limit marriage to two partners. This means that the federal government would be forced to recognize in federal law whatever definition of marriage any state adopts, including polygamy.

Now Chuck Schumer needs ten Republicans in the Senate to vote with the Democrats so the bill can be sent to President Biden’s desk where he will certainly sign it into law.

I understand that this action is still not certain at the writing of this article. A few Republicans seem to be interested in getting on board with this bill, but there doesn’t seem to be enough yet for it to pass. Others of the Republicans are saying that this bill is not necessary for on June 26, 2015, the Supreme Court of the United States ruled in the case of Obergefell v. Hodges that a fundamental right to marry is guaranteed to same-sex couples by the Fourteenth Amendment, and that states must allow same-sex marriage.

The marriage of a man and woman, then, is ordained by the biblical God in His creation of humanity. The marriage of a man and woman is also a picture of Christ and His church (Ephesians 5:22-33). Thusly, to make marriage out to be something else goes against what God has intended for His people. Two people joined outside of God’s ideal for marriage is actually a civil union. Of course, regardless of what happens in the Senate, no law can redefine God’s institution of marriage.

I know that this biblical view goes against man’s popular thinking in our country, and certainly people have the freedom to make the decisions that they do. Regardless, the biblical God still holds out His love to us regardless of one’s lifestyle. God commends His love toward us in that while we were still sinners, Christ died for us (Romans 5:8). So, my suggestion is to look to Christ in faith and experience how He can change one’s life to live for Him as the Word of God teaches (I Corinthians 6:9-11).