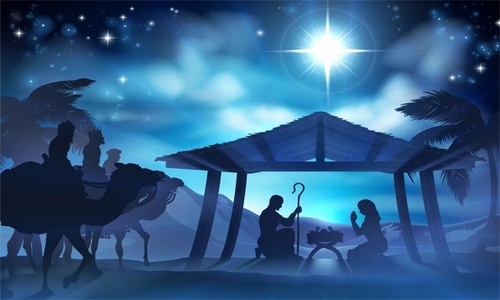 This was the title of an article in the December AFA Journal written by Alex McFarland.

It caught my attention for it was talking about the season of the year in which we find ourselves, the Christmas season. Certainly, all religions don’t celebrate Christmas. Regardless, Christmas is celebrated around the world.

This article was quick to point out that not all believe in the historical event of Christmas, Christ’s actual birth. The idea is that the biblical account of Jesus is traceable to the mythology of the ancient world, which means that Christianity borrowed from Greek and Roman paganism.

The claim is that Jesus’ followers added to His mystique by mirroring elements from ancient legends. The Greek and Roman myths of their hero gods were the primary source material for the early disciples, providing them the inspiration to spin their story about Christ.

But is that true? Were the disciples spinning a myth, a tale that had its inspiration in the gods of Greece and Rome? Was there a blending together of pagan beliefs and practices which resulted in a new type of belief which is now called the Christian gospel?

A reading of the text that was written by some of Jesus closest followers says just the opposite. The apostle Peter wrote around AD 64, “We did not follow cunningly devised fables, when we made known to you the power and coming of our Lord Jesus Christ, but were eyewitnesses of His majesty” (II Peter 1:16). John, also an apostle, wrote, “what we have seen with our eyes, what we have looked at and touched with our hands, concerning the Word of Life” (I John 1:1), referring to Jesus Christ.

That’s why men like C.S. Lewis rejected this idea that Christianity is a blend of the pagan religions, commenting that there was no trace of such a thing.

It’s always amazing to me that when Christmas rolls around each year, that there are those who still deny its reality. The four gospels are clear that the eternal Son of God took upon Himself humanity, and His name was called Jesus (Matthew 1:21; Luke 1:21). Dr. Luke made it clear that he investigated everything carefully from the beginning to write it out in consecutive order (Luke 1:3), which means the records are reliable regardless of what is said today by the sceptics.

Why this attempt to discredit biblical Christianity and the historical Christmas celebration? Honestly put, our reason doesn’t want to accept that there is the One within the many, who has come into the world to show us who God is and what He can do in time for us who desperately need His forgiveness and eternal life. We don’t want to admit that we need a Savior. We would rather live our lives our way without any concern for what our future could be after this life.

On the other side of the coin, there are many who claim to believe in Christmas, but their lives give no indication that they know Jesus Christ as personal Savior. For to believe in Christ and to follow Him mean that one’s life has been supernaturally changed. One has done an about face, and is no longer living for self, but is living for Jesus Christ, who died for him, and rose from the dead bodily to give him life that never ends.

So, where are you in your spiritual journey at this Christmas time? Are you living for self? I trust you are living for Christ, by depending on His power within you, so your life displays Christlikeness – His love, joy, peace, patience, kindness, goodness, faithfulness, gentleness, and self-control. May these be evident in your personal life, your family life, at work, and in your neighborhood, displaying that Christ lives in you to the glory of God – the miracle of Christmas – Christ living out His life through you!!