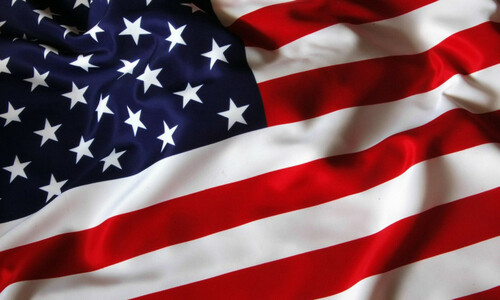 Everyone breathes a sigh of relief. The elections are over – no more election commercials – Yeah!! As of this writing, the final election results aren’t known in the House and Senate. Georgia results won’t be known until after the runoff in December.

The projection was that a red wave was coming, but the red wave didn’t happen. Even though the Republicans seem to be on their way to winning the House, the Senate is still too close to call.
Although the Republicans did well in some states, in other states the Democrats pretty much held their ground. Was it because of weak candidates for the Republicans, or was it the abortion issue that mattered?

One writer commented that it was because of decency there wasn’t a red wave. A voter stated that the abortion issue was more important than the price of gas. At the same time, 72% of the people in American believe the country is going in the wrong direction. Then, when the President was asked if he would change anything of his policies after the election, his quick and terse answer was, “Nothing.”

So, what can be said about all of this? A lot has already been discussed by the pundits, but I would like to approach the election results from a different angle – the spiritual angle. By that I mean did one’s faith have any effect on the election results? Did what the candidate stood for and voted for in the US House and Senate have any bearing spiritually on how a person voted at the ballot box?

I ask these questions because our spiritual life affects what we do, for it’s who we really are. Our spiritual life, then, will direct what we do, and in this instance particularly how we vote. Some may realize this when they vote others may not. Regardless, one is voting for how one evaluates the candidate in regard to his or her policies, and one’s spiritual life will determine how he or she votes.

This is particularly true in regard to LIFE, which is really the bottom line in all the voting. All of us possess life or we wouldn’t be here. Who gives value to life? Coming from some high form of animal doesn’t give value to life. Only the Creator gives life infinite value – the biblical God who created us physically and in His image, meaning we have a spiritual part -a mind, emotion, and will like His so we can have fellowship with Him and others, while having enjoyment and fulfillment in serving Him.

Although this reality of a Creator God is denied by many today, and since one’s voting will be affected by how one thinks spiritually, one’s spiritual life will affect how one votes regarding life. If one votes for abortion, then one is saying spiritually that life in the womb is not infinitely valuable. One who votes against abortion understands spiritually that life is infinitely valuable, and that a culture of death in a society brings no glory to the biblical God. It may eventually bring His judgment. Something to think about. I realize that the abortion issue has caused all kinds of feelings in the US, but I pray that we will think through specifically how infinitely valuable life is in the womb, and uphold that value from conception to the end of life on planet earth.

Now what? There is great news! It’s the news that there is a new kind of life, eternal life, not found in man, but in the God-man, Jesus Christ. Those who accept Him as Savior, receive His eternal life (John 3:16), know spiritually that life in the womb is infinitely valuable, and life on this planet has eternal purpose, with the guarantee of life beyond the grave with Christ forever.