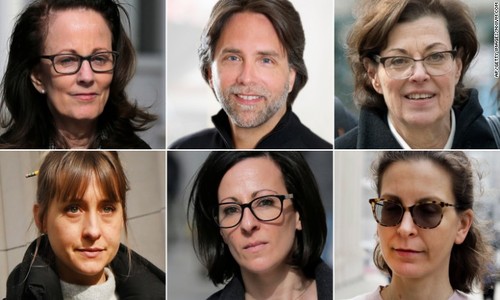 (NY TIMES) The self-help group Nxivm gained a reputation as a “sex cult” last year after its leader, Keith Raniere, was convicted of coercing some of his female followers into sexual servitude, even creating a ritual in which they were branded with his initials.

But a lawsuit filed in federal court in Brooklyn on Tuesday illuminated another unsavory side of Nxivm. Most participants in the group were not Mr. Raniere’s sex slaves, the lawsuit said, but rather victims of an insidious pyramid scheme who were lured by false scientific claims into paying thousands of dollars for classes.

“They get you to not trust your own decision-making process,” said one former member, Sally Brink, who said she paid $145,000 to take Nxivm classes over the years. “They tell you that you need them to make decisions. You start to doubt everything.”

Ms. Brink was among the 80 plaintiffs who sued Mr. Raniere and 14 other associates of Nxivm (pronounced NEX-ee-um).

The 200-page lawsuit details sprawling allegations of fraud and abuse, including that Nxivm’s leaders drew “from methods used in pyramid schemes” to take people’s money and make it “physically and psychologically difficult, and in some cases impossible, to leave the coercive community.” READ MORE