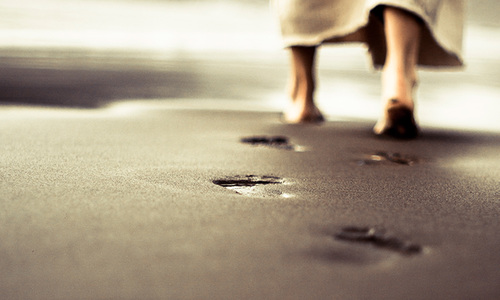 The answer is given as we understand the appearances and who is involved in them. There are many throughout the Old Testament. Several are concentrated in Genesis, Exodus, Judges, and in the prophets. There are the visible manifestations such as the fire and smoke like on Mount Sinai or the auditory manifestations as in “And the LORD said” statements.

However, the more evident appearance of God is the “Angel of the LORD” who identifies Himself as “the God of Abraham, the God of Isaac, and the God of Jacob” as He spoke to Moses from the burning bush (Exodus 3:4-6). Therefore, we know that this was not any ordinary angel because He identified Himself: “I am the God of your father” (v, 6). This verse also says that “he [Moses] was afraid to look at God.” “Angel” in Hebrew and Greek means “messenger.” So, this divine messenger was not an angel, as the Bible knows angels, but the pre-incarnate Christ whom the Scriptures identify the “Angel of the LORD” as “the LORD” (vv. 2, 4, 7).

In Genesis 18:1-15 the Lord appears to Abraham. It says, “Then the LORD appeared to him by the terebinth trees of Mamre” (v. 1). Yet, three men appeared and Abraham “bowed himself to the ground” (v. 2). And, it was the LORD who spoke with authority but also gave a promise to Abraham and Sarah regarding a son (vv. 9-13). If God is Spirit, as Jesus said, how could this all be? There is no other explanation but that this appearance is the pre-incarnate Lord Jesus who is identified as the LORD God.

Another incident that holds great importance is that of the “Commander of the LORD’S army” who appears to Joshua (Joshua 5:13-15). The Bible says that “Joshua fell on his face to the earth and worshiped” (v. 14). This was no angel that appeared to Joshua because God’s angels will not allow themselves to be worshiped. But after Joshua did so, the pre-incarnate Lord Jesus said, “Take your sandal off your foot, for the place where you stand is holy” (v. 15). And the Bible says, “And Joshua did so.”

These are just a small sample of appearances among many that are found in the Old Testament regarding the pre-incarnate Christ identified clearly as the LORD God. He is not a created being, as religious cults want Him to be. Instead, He is the God of heaven who came down to this earth and died upon the Cross, shed His blood, and rose again (1 Cor. 15:3-4). What He prophesied concerning His Second Coming will take place.

He will return for His redeemed church (1 Thess. 4:13-17), pour out His wrath on a God forsaking world, return seven years after in judgment, set up His kingdom reign, then judge at the Great White Throne judgment, and take His redeemed into the eternal ages. All because all power and glory is His because of whom He is. Praise Him!