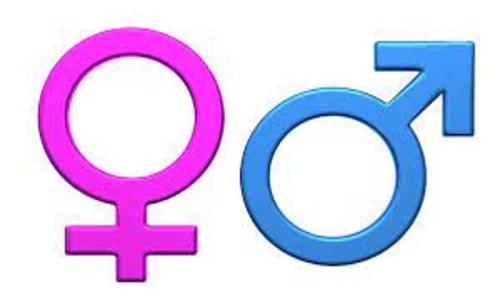 CNN ran a report recently that it’s not possible to know a person’s gender at birth, and there’s no consensus criteria for assigning sex at birth.

Then the President of the United States included this in a statement, during an “Equal Pay Day” event that there’s not a single thing a man can do that a woman can’t do as well or better.

So, is it possible to know a person’s gender at birth? Are men and women the same or are they different?

As one writer stated, there are millions of babies born each year, and are assigned a sex at birth every single year, which undermines the idea that there is “no consensus criteria.”

Although the President was trying to be pollitically correct, I trust that he knows that men and women are certainly different. There are biological differences between men and women. There are simply some things that only a man can do and there are some things that only a woman can do. The most clear example is that only men can father children and only women can carry a child and give birth. There is only male or female in the human race.

In fact, a seasoned doctor in Britain a while ago, lost his government job as a medical assessor after more than three decades, because he refused to renounce his Christian belief that gender is defined by biology and genetics, and held that the Bible teaches us that God made humans male and female, although there is rarely hermaphroditism (a condition in which a person has both male and female sexual organs).

So what’s happening here in the USA and in other parts of the world?

It has nothing to do with science. The ideology is that there is really no such thing as male and female. Rather it’s about how you identify (how one feels) – a man can be a woman and a woman can be a man. So there can’t be any differences between men and women or the entire ideology of gender identity falls apart.

This sense of discomfort, stress, or confusion about one’s gender is called gender dysphoria. Those with such feelings need acceptance, counsel and guidance. Still, regardless of how one may feel in his or her particular gender, the individual is still either male or female. His or her chromosome identity and physical structure are still the same.

The government’s Equality Act now passed by Congress, and eventually will come to the Senate, says things like boys will be allowed in girls’ sports, boys in girls’ locker rooms. Teachers and students will have to pretend a biological male is a female. Even those in the lower grades will be able to choose to be a boy or girl or neither – biological sex and science will be a relic of the past. Now, I understand that the NCAA has come out supporting transgender athletes.

Such thinking has already caused problems especially in girls’ sports as boys identifying as girls dominate in most cases. That’s why some states already are seeking to bring legislation to stop this ideology from gaining any more traction, which has brought about a lot of push back.

To believe that there are just two sexes, male and female in the human race is trustworthy science. Yes, the book of Genesis makes that clear (1:27), and the Lord Jesus confirmed that reality (Matthew 19:4). To think otherwise ignores the undeniable evidence, and is to think irrationally. May the Lord help us to think rationally, holding to His truth, while showing His non-judgmental love and understanding to those who feel and think differently. The Lord’s grace is available to all of us through faith in Him!