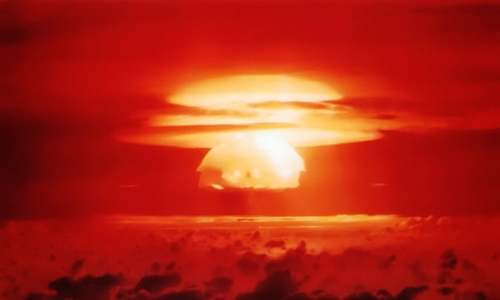 That question may seem irrelevant in today’s educated world of skepticism and eclecticism. The Bible? What’s that have to do with the future?

Control. There is coming a time in the future where the antichrist will come on the world stage and offer a false peace to the world, which will be readily accepted. No one will be able to buy or sell without having his mark (Rev. 13:16-18). He will be in control and establish his one world government which will include economic and religious unity.

This kind of government control is already evident in some countries in the world, and is starting to become more evident as those in power in Washington D.C. desire to centralize control from the top down, desiring to take away states’ rights, along with legislating morality. It’s also seen in how big tech is seeking to be involved in the cancel culture and to curb the freedom of access on its platform with info the tech company doesn’t agree. There will also be an increasing pressure on Christian faith institutions and those who don’t follow the woke ideology.

Lawlessness. II Thessalonians 2:7 refers to the mystery of lawlessness. Such it seems will gain momentum until the lawless one, the antichrist, is revealed who, as mentioned above, will bring his false peace with a one world government. Already we are seeing this mystery of lawlessness gaining momentum in the rise of the anti-police movement, the rise of crime in major USA cities, and the desire and action of the radical groups to tear down the USA, using the very freedoms they enjoy to do so. In addition, with the critical race theory gaining momentum, people are being pitted against each other promoting disunity and hatred which destroys acceptance and harmony that there should be between all peoples. For help to counteract this theory for adults and children, log on to: www.prageru.com

Nations. Revelation 16:12ff talks about the kings of the East and the kings of the world gathering together to fight in the battle of Armageddon, which will be against Jesus Christ when He comes back to earth and puts down all rebellion against Him (Rev. 19:19). The East would seem to include China, which is on the rise in world dominance, and continues to bring its influence on the world stage. The USA is indebted to China for some trillion dollars, while different American businesses rely on China, some more than others. Where the USA fits into this future scenario of the nations, the Bible doesn’t really say.

Return. Although such info seems negative, it reminds us, though, that there is a spiritual battle going on in our culture and the world, where the evil one and his kingdom are on the rise. What’s the answer? Only one. The gospel of Jesus Christ, which transforms the believer’s life so he or she can live for Christ, being His salt and light, in one’s individual life, in one’s family, in one’s neighborhood, and wherever one is employed, including the government. In spite of the coming future happenings, timing we don’t know, the believer knows that God is in control (Psalm 47), and he or she is on the victory side, as one lives for Him, having the hope of being with Him after this life, while knowing the Lord will return in His time and make everything right. Eventually, He will create a new heaven and new earth for all believers of all ages. The Lord receives the glory!!