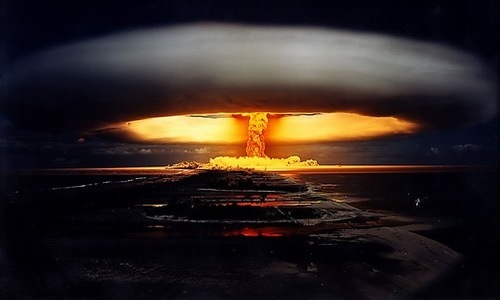 In our present day, the hatred for biblical Christianity is rising at a phenomenal rate. More and more abhorrence is building in America against what is godly than ever before. What was once true biblically and even held sacred in this country is now being sneered at with an extreme disgust and sometimes anger.

For instance, many college authorities do not allow conservative speakers on their campuses. Thus, free speech is not tolerated when it has to do with Christian morals and values. Also, any Christian politician that is being considered for a high ranking government office is questioned with distain regarding his or her faith. Even Vice President Pence has been mocked on television for his beliefs.

Nonetheless, this hatred is appearing in other places, too. Just recently, a young woman in a city in Iowa was screaming at a man holding a prolife sign telling him to “Go home! Go home!” In her anger and with a can of spray paint in her hand, she was ready to pounce on him and destroy his sign. A few years ago, nothing like this was even heard of. Yet, these are just examples of the many evil actions manifested toward anything that is morally or biblically right.

Consequently, we are living in a day when Satan is obviously paving the way for the events that will take place during the future time of the Great Tribulation that is so graphically described in the Word of God. This includes the persecution and martyrdom of believers in the multitudes (Revelation 7:9-17). The hatred toward anything sacred in the eyes of God will be vicious. It will be a time when the world leader, the Antichrist, will blaspheme God (Revelation 13:6). Because many will believe in him and worship him, they, too, most likely will do the same as they cry out, “Who is like the beast” (v. 4)? Thus, it will be a time when fierce hatred is spewed out toward God.

In Revelation 7:9-17, a mass of believers are seen in heaven before the throne of God. They are “of all nations, tribes, peoples, and tongues” (v. 9). The Bible says that “these are the ones who come out of the great tribulation, and washed their robes and made them white in the blood of the Lamb” (v. 14). They lived into the Tribulation, were redeemed during it, and have come out from it mainly through death by martyrdom. The phrase “the ones who come out of” depicts a prolonged process. Simply, this group will keep growing as people keep dying for their faith in Christ.

Many decades ago, believers in America were not looked down at. Even schools and government functions involved prayer and allegiance to God. Some students, also, brought their Bibles. No one complained. It was an accepted thing. No more!

Remember, the martyred saints are not part of the body of Christ, His Church. The Lord lifts it out of this world before the Tribulation begins (1 Thess. 4:13-18; John 14:1-3). Yet, the opposition and anger toward believers today are merely paving the way when all hell breaks loose against the Tribulation saints. Therefore, for those now who know Christ through redemption, rejoice much in our “blessed hope” (Titus 2:13-14).