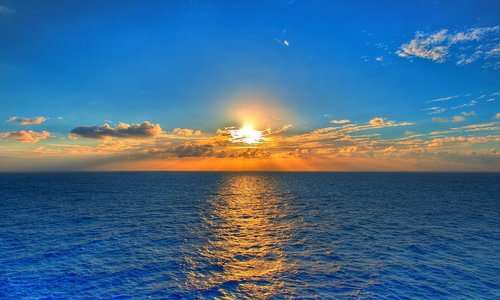 With those who were recently involved in mass murder and then committing suicide, they were obviously thoughtless as to their own existence afterwards. They apparently felt that death ends it all, no eternal consequences. It is the same type of thinking of an elderly man who said, “When you’re dead, you’re dead and that’s it.”

But, is that the way it really is? Friedrich Nietzsche (1844-1900) was one of the most forceful atheists of his day. He had a significant influence on atheist Sigmund Fraud who quoted him and used some of his terminology. Nietzsche said, “There is no afterlife…” He also stated, “Since there is no God and there are no objective values to discover; the human race must create its own values.” Sounds like America today!

Nevertheless, Nietzsche’s last years were not pleasant ones. He suffered a psychotic breakdown in 1889. He was admitted to Basel mental asylum and later transferred to the Jena mental asylum. There he remained in demented darkness until his death on August 25, 1900. He was a man who died not only in mental darkness but spiritually in “the blackness of darkness forever” (Jude 13).

Yet, as he lived, he had no fear of death. His belief in “there is no afterlife” erased that trepidation. On the contrary, his certainty was immediately eradicated the moment he closed his eyes in death. The words and teaching of the Lord Jesus Christ makes this very definite. What He speaks is truth with no exceptions (John 14:6). It is final! This is so because of whom He is, the eternal Son of God, God/Man (John 1:1, 14).

Jesus taught about the death of all people, both saved and unsaved, before His cross and resurrection. He referred to the place of “Hades” (Luke 16:23). This is the Greek term for the Hebrew word “Sheol” in the Old Testament. It speaks of the realm of departed spirits. Depending on the context, it can be translated “grave.” Still, the Old Testament does not mean that a deceased person just went to the grave. Instead, they went to the place of departed spirits. For example: “For you will not leave my soul in Sheol, Nor will You allow Your Holy One to see corruption” (Ps. 16:10). Peter quotes this verse in Acts 2:27; and instead of “Sheol,” he uses the word “Hades.”

In Jesus’ teaching on the Rich Man and Lazarus, He spoke of a place with two compartments, one of “Abraham’s bosom” (v. 22) and the other of torment (Luke 16:19-31). This is “Hades” and not “Hell” (Geenna), as sometimes translated. Before the Lord’s resurrection, both believers and unbelievers entered “Hades” at death. The believers entered “Abraham’s bosom” and the unsaved entered the place of torment.