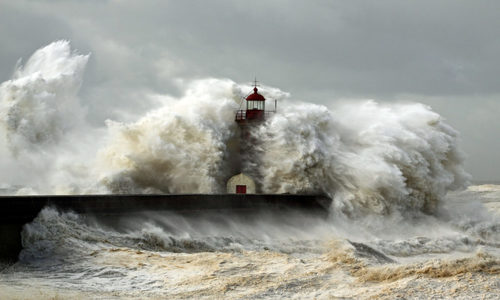 This past week many had their heads glued to the television or some other means as they observed the political tension before their eyes. It was dramatic as peoples’ feelings were filled with different type of emotions. False accusations also led to anger and disgust among some and others willing to accept them without reservation. As a result, the nomination of the new person for the Supreme Court was held in the balance.

Nevertheless, a believer should ask, “Is this just a political battle? Is this simply an encounter between two political parties wanting their own way?” The biblical answer is “No!” It is not political but darkness! This darkness involves the killing of unborn children. It entails the so called right of a woman to offer her unborn on the altar of abortion. Therefore, the belief is that no one should take this away from her. Consequently, this conflict is not just political but darkness.

Where does this darkness of child sacrifice come from? It originates from Satan. Jesus said, “He was a murderer from the beginning, and does not stand in the truth, because there is no truth in him. When he speaks a lie, he speaks from his own resources, for he is a liar and the father of it” (John 8:44b). The Lord is saying that Satan is not only a murderer, but also a liar and the father of lies. His first convincing lie was to Eve, “You will not surely die” (Genesis 3:4). Thus, this led to the spiritual ruin of the human race.

To this day, he continues to deceive people. He blinds their minds so that they cannot believe the truths of God (2 Corinthians 4:4b). He deceives them because he is the “father of lies.” One of these lies is that a woman has a right to do with her own body as she pleases even when it comes to abortion. The unborn child in her womb can be discarded. This innocent one can be torn apart and thrown into the garbage or used for research. This is darkness and evil for it comes from the realm of darkness. And people fall victim to the satanic lies. They are deceived by the evil one!

In fact, because Satan is the “father of lies,” habitual liars are part of his family. Jesus says to the Jewish leaders who did not want to believe in Him and love Him, “You are of your father the devil, and the desires of your father you want to do” (John 8:44a). In the same way that physical children take after their earthly fathers, these leaders bore a spiritual resemblance to Satan himself. As children of the father of lies, they were unwilling and unable to receive truth. They marked themselves as children of Satan.

Yet, these Jewish leaders were not the only members of Satan’s spiritual family. The Bible says that anyone who practices sin is of the devil (1 John 3:8). And unless the Lord opens the heart to respond to His truth, the person will not listen and remains a part of Satan’s family and easily falls to his schemes. One of these is the child sacrifice of abortion and keeping it legal!

Therefore, the present battle regarding the Supreme Court is not just a political one but it involves spiritual darkness. And it is only when people become spiritually born again are they able to understand this truth as Jesus gives them “the light of life” (John 8:12).