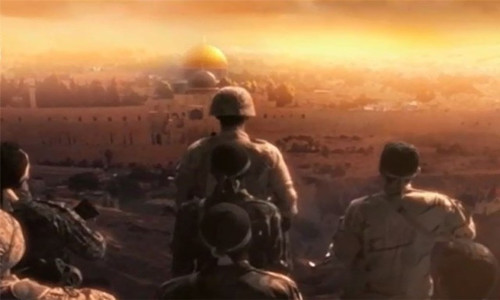 Satan does not know God’s exact prophetic time as to the return of the Lord Jesus Christ. Therefore, he always has a candidate prepared for the revealing of the Antichrist. We see this in Scripture as the apostle John writes: “Little children, it is the last hour; and as you have heard that the Antichrist is coming, even now many antichrists have come, by which we know that it is the last hour” (1 John 2:18).

Notice that John says at the beginning and end of verse 18, “it is the last hour.” Thus, it was “the last hour” a little over 2,000 years ago. In fact, it began at the first coming of Jesus Christ and will end at His Second Coming. This is a consistent teaching throughout the New Testament.

Yet, what is interesting about Scripture is that because “the last days” includes a large period of time, there have been potential Antichrists existing in every generation that Satan himself has groomed. The reason is that he does not know the timetable of Christ’s return. Therefore, he has had a man, a candidate, ready and available to enter into the Tribulation Period as the evil worldwide ruler prophesied in the Bible.

Interestingly, when Christ returns for His redeemed Church (1 Thess. 4:13-17), Satan will know “he has a short time” (Revelation 13:12). As a result, he will empower his man he has prepared at that time who is so despicably evil God’s Word calls him “the Antichrist” (1 John 2:18). When he opens his mouth, he will speak of “great things and blasphemies” (Revelation 13:5). He will be evil to the core of his being. He will be a mere pawn in Satan’s hand to carry out his evil agenda. He will, also, make a covenant with Israel for three and one half years and then break it and turn on her as he spews out his evil toward her (Daniel 9:27).

Nevertheless, there have been such men in the past who have been empowered by Satan. There was the demonically inspired, hate filled fanatic against the Jews called “Haman” (book of Esther). Adolph Hitler was another who attempted to exterminate the Jewish people. Tragically, Anti-Semites, at the present time, have a fervent desire to remove every vestige of them from history books. Even certain newly elected politicians are verbally voicing their hatred for Israel.

In another area of human depravity is the hatred for the unborn and killing them before or right after their born, as has been proposed. God’s abomination against “hands that shed innocent blood” means nothing to them (Proverbs 6:17). It is as though certain people and others of like mind, who are ruling this country, are turning into monsters.

However, the only solution to all the evil is a “heart change” (Ezek. 36:25-27; John 3:3), by the Spirit of God. Consequently, on a world-wide basis before Christ returns, that is not going to happen according to prophetic Scripture.

Therefore, if Jesus’ return is soon, Satan already has his man prepared. Yet, we who have trusted in the Lord, we are to “comfort one another” with His truth (1 Thess. 4:18).