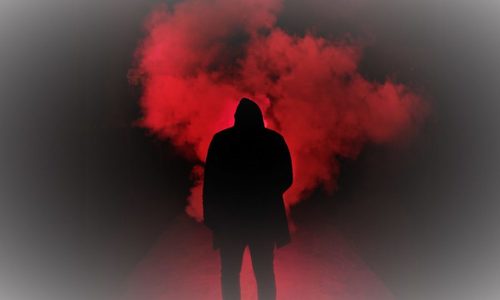 Many of us watched with dismay over the recent rioting, violence, stealing, and destruction with the protests. Innocent peoples’ places of business have been literally destroyed. All of them are victims of ruthlessness. They had absolutely nothing to do with a police officer’s actions. And yet, depraved human nature can take things to the extreme. Steal and destroy for them is the name of the game. “Besides,” some may say, “I am paid to do it! I have a cause. Therefore, who cares?”

I have heard and read comments from individuals that feel this is leading up to the coming of the Antichrist. Paul does say that “In the last days perilous times will come” (2 Timothy 3:1). Now, “perilous” means “violent, vicious, and savage.” It is only used here and one other place in the New Testament. This is in Matthew 8:28 that speak of “two demon-possessed men, coming out of the tombs.” The Bible says that they were “exceedingly fierce, so that no one could pass that way.” The “last days,” between Christ’s first and second coming, will be “exceedingly fierce” but worsen as time passes.

With all this in mind, it is not too hard to realize that it is merely fertile ground for the appearance of the Antichrist. But even more understandable is that when the Rapture occurs and millions of believers are taken out, this world will truly be ripe for a world leader to settle the turmoil and chaos. In fact, it will be chaos as people have never seen before. When driverless cars smash and airplanes fall out the sky without pilots, loved ones disappearing even from their beds, others visiting and one or more immediately vanish, one can only imagine the pandemonium that will be caused. The world will be prepared and ripe for a leader to come on the scene having a lot of charisma promising answers and peace. People will be looking for it as never before.

Therefore, through all of the disorder, confusion, bedlam, and anarchy at this present time is merely serving as a means of preparation for Satan to reveal his future man with evil power and authority. It is just groundwork! But the future oncoming chaos will result in people seeking answers. Today, most people are looking for political parties to handle it! Many are taking sides. In the future, when all hell breaks loose, people will be looking for a person with the answers. The Bible tells us that they will quickly follow him as no one has before (Rev. 13:4).

Yet, in this preparation time there is the “spirit of the antichrist,” as prevalent in the apostolic days, that is actively at work in its emphasis on deception (1 John 4:2-4). This spirit is rapidly spreading cultic and heretical doctrines. Not only is American rejecting the biblical truths and morals that built this great nation, but a lot of ground has also been lost in the Church. Denominations that once held to Biblical truths have deviated from their foundation. The Church is no longer an influential voice in American society.

Yes, the Rapture will come as Scripture promises (1 Thess. 4:13-17). Than all hell will break lose after the Lord takes His redeemed from this earth. Are you prepared? Our present day is merely a preparation time for that which lies ahead for an ungodly world! But born again believers are to live each day with their “blessed hope” (Titus 2:11-14).