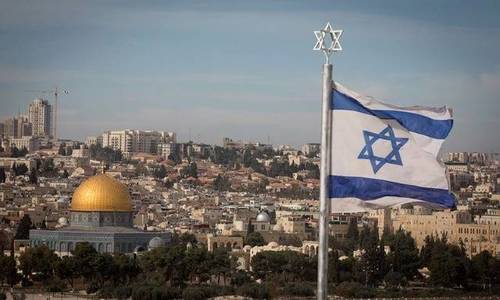 We are living in a time where evil is continuing to rise as deception grows in the world. People are living with their heads in the sand, so to speak. Unless one is in tune with prophetic Scripture, many are simply naive to the present delusion in politics, false religions, world governments and other areas of life.

If you ask several on the street what their feelings are regarding the future, their responses will be tinged with a sense of hopelessness. But, for believers in Christ, who understand Bible prophecy, a whole different answer will come forth. It will be one of optimism and faith in what God has in store for those who know Him and love Him.

As the world increasingly falls under this delusion regarding world events, it is merely leading up to a time when billions will be fooled by the one world leader who will be “according to the working of Satan, with all power, signs, and lying wonders and with all unrighteous deception among those who perish” (2 Thess. 2:9-10).

Nevertheless, this deception is happening big time today. At an increasing amount, more and more unbelievers do not welcome the Lord Jesus and the good news of the gospel. They do not have necessarily an intellectual apathy to the truth but a moral one, a self-imposed blindness. Therefore, this leaves them to fall under the damning results of satanic deception that will eventually lead them into an eternal Hell “because they did not believe the truth but had pleasure in unrighteousness” (2 Thess. 2:12).

Whenever the Rapture occurs and unbelievers are left behind to face the Antichrist, masses will flock to him and view him as a savior because they will believe “a lie.” He will con them all. The Bible says that “All the world marveled and followed the beast [Antichrist]. So they worshiped the dragon [Satan] who gave authority to the beast; and they worshiped the beast, saying, ‘Who is like the beast? Who is able to make war with him?’ And he was given a mouth speaking great things and blasphemies, and he was given authority to continue for forty-two months” (Rev. 13:3-5).

The authority and scope of the Antichrist will be a global cover. It will include “every tribe, tongue, and nation” (v. 7). So, the Antichrist’s deceptive and deadly influence will extend to all “those who perish” (2 Thess. 2:10). These unregenerate, being children of the arch-liar Satan (John 8:44), will fall for the Antichrist’s lies. Through him, Satan will be able to deceive the whole world.

Even though prophetic times are moving fast, this should be a time of witness and rejoicing for Christ’s redeemed. We know that Bible prophecy is being fulfilled.