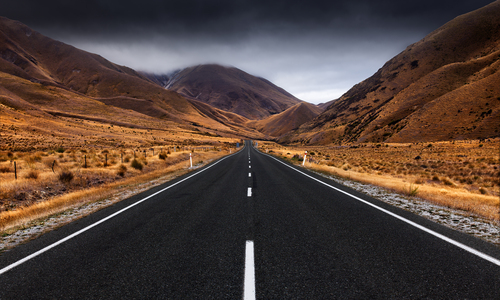 One of the favorite TV programs of our children growing up was Mr. Roger’s Neighborhood. Along with teaching good values to children, the program also taught children how to distinguish between the real world and the world of make-believe. That for me was most important, for children, teens, yes, for all of us as we need to be able to make that most important discernment as we live in our environment.

As I observe what’s happening in our USA, it appears that our leadership is living in the world of make-believe. They say the border is secure. They tell us that the economy is strong. They think that using oil from our national reserves will solve the rising gas prices. They ignore the rising crime problem in our country as if it doesn’t exist. They seem to think that our country can exist on Green Energy.

But what’s the reality going on in the USA? There is a crisis at our border – just watch the evening news. Inflation is at an all-time high with food prices at an all-time high as well. The stock market is at an all-time low – check your retirement. Using oil from the Oil Reserve is only a stop gap measure. It was tried before, worked a little while, and then gas prices started going up again. Crime is rampant in our big cities and other places as well. Green energy has potential, but we are always going to have considerable dependence on fossil fuels. The reason gas prices are so high is because our government has stopped energy expansion and developing other areas that would provide more oil and natural gas. Instead of using our own energy resources, the leadership tries to get oil from other countries.

I have spent many years working with people in different situations, and I know when you live in a make-believe world one becomes removed from reality. I realize that we are in an election year, and when the party in power is, I would assume, seeing what’s happening, it’s only recourse is to talk like everything is “honky dory.” Wouldn’t honesty be the best course here with some viable solutions to realty in the USA?

So, to say the least, this is a big election coming up on Tuesday, November 8. In my view, it’s either a vote for the make-believe world, or a vote for the world of reality where solutions are being offered that say will put our nation on course for security and economic growth.

This is not to promote anyone political party. But it’s a reminder of the options. Each of us has the privilege in this great USA to vote for whom one feels will lead the nation in the best way.

This discussion causes me to think about life itself. Do we live in a make-believe world or do we live in the world of reality? If we live in the world of reality, we know there is good and there is evil. We know that life has joys, challenges, and sorrows as it slips through our fingers like sand through the hourglass. In the midst of the passing of time, is there an eternal foundation for our lives, which gives us eternal purpose here with an eternal hope beyond the grave?

I know of only one, the Lord Jesus Christ, who claimed to be the resurrection and life, and provided that new life – eternal life – through His death, burial, and bodily resurrection. He invites you to come to Him, and by faith accept His forgiveness and eternal life – and live for Him (John 3:16). If you know the Savior personally, give Him praise that you can live in His world of reality in His power to the glory of God!!