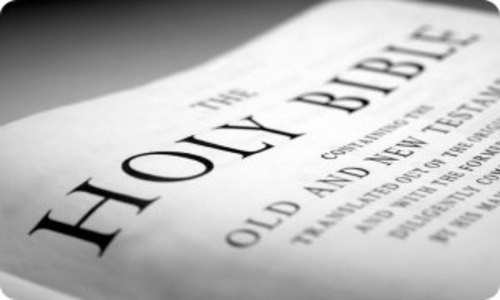 Scripture says that “knowing this first: that scoffers will come in the last days, walking according to their own lusts, and saying, ‘Where is the promise of His [Christ’s] coming? For since the fathers fell asleep, all things continue as they were from the beginning of creation’” (2 Peter 3:3-4).

In Peter’s day, there were false teachers who were brazen rejecters of Christ’s return and therefore, deniers of God’s truth. Yet, this same thing has taken place throughout church history as false teachers, along with their followers, have sarcastically ridiculed and mocked any hope of Jesus’ return. Tragically, their belief has taken favor with certain evangelicals today who are also questioning His imminent return. Some have even reverted to a false “Kingdom Now Theology” that teaches that the church will make the world better/perfect and then the Lord will return.

Nevertheless, the truth of the matter is that the early church believed that Jesus’ return was imminent. It could happen at any time. In fact, even the apostle Paul thought that it may occur within his lifetime (1 Thessalonians 4:17); and the early disciples probably held to the same thing. But, as time continued on as usual, some of those Peter wrote to most likely were beginning to lose their sense of expectancy. Some of them may have started to doubt that Jesus was coming back at all. In addition, the false teachers were no comfort or hope with their constant ridicule.

Still, the same senseless derision is going on today, even in churches and with certain pastors. As far as Bible prophecy is concerned, they will have no part of it. Even if twenty-three of the twenty-seven New Testament books mention the Lord’s coming, they shun it. For them, it is too complicated and confusing. Why even cover it? This, too, is a sense of scorning!

Therefore, we are living in a present world where there is a senseless ridicule, not only by certain religious leaders but even by unsaved people, who reject and attack Christ’s promise and those who believe in it. They will even laugh at and jeer at any hope-filled believers as being uninformed and silly.

In spite of the mockery, is the Lord Jesus Christ coming back? Of course He is! He promised His return, and it will happen no matter how much scoffing goes on! Jesus Himself spoke of His return. He said, “Immediately after the tribulation of those days…Then the sign of the Son of Man will appear in heaven, and then all the tribes of the earth will mourn, and they will see the Son of Man coming in the clouds of heaven with great power and glory” (Matthew 24:29-30). “When the Son of Man comes in His glory, and all the holy angels with Him…” (Matthew 25:31). To His disciples and to us who personally know Him, His redeemed, He promised, “I will come again and receive you to Myself; that where I am, there you may be also” (John 14:3).

Is Jesus coming back again? Of course He is! If He is not, He lied and He is not the Savior and we are all damned! But He is because of who He is, and that settles it!